Here we go with a first status report from Córdoba, Spain. Unfortunately I have very limited access to the internet, so expect only brief posts and tweets during the next days.

After arriving in Malaga around midday, I picked up the Wilderness Tarpon 100 in a small tackle shop in Salobreña in the evening. Late at night and with almost 500km by car under my belt, I arrived in Córdoba and received a really warm welcome by my spanish friends.

On wednesday it was time for some kayak practice. It only took a few minutes to get into it and fortunately the Tarpon 100 turns out to be a great and versatile watercraft. 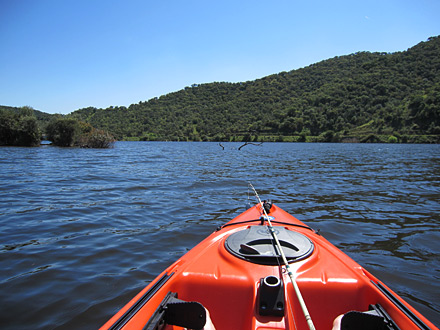 In terms of fishing I missed out on two strikes on a Gaucho+, but this couldn’t temper the delight of temperatures of 26°C, pure sunshine and the peaceful and quiet atmosphere at Embalse de San Rafael de Navallana. 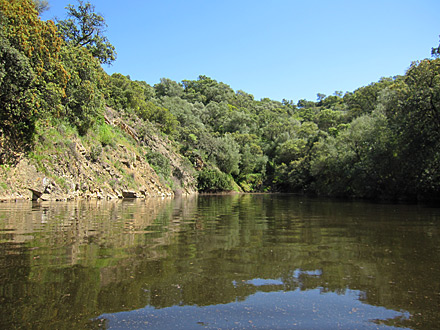 Thursday marked a first “non-topwater-day”, which I used to explore some banks of Embalse del Guadalmellato up in the hills. In the evening hours I caught three good bass, while the best one had 50cm and 5lb. At all I discovered some interesting places and spots and I’m looking forward to explore them by kayak early next week. 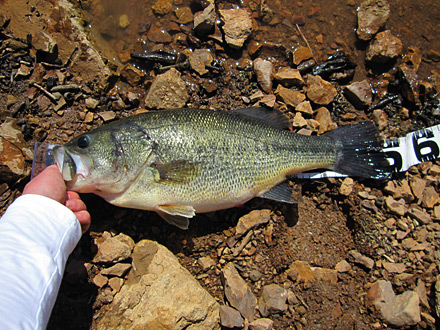 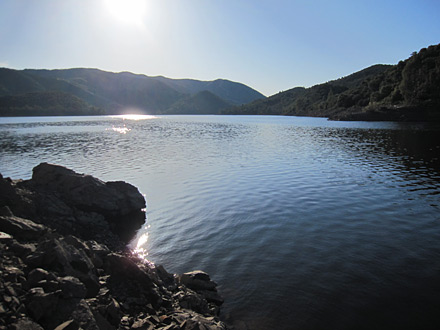 Yesterday I made the adventurous trip to Embalse de La Encantada, Las Jaras. Again I had to deal with bad roads and dangerous hills, but the view from the top and the amazing reservoir made up for it. 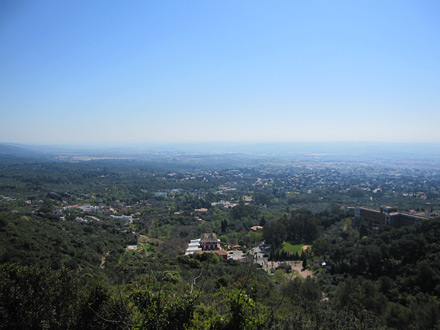 Just after 10 minutes I caught the first topwater bass of the trip. A sheer beauty of around 5lb who provide a trilling fight in-between rocks and heavy cover. 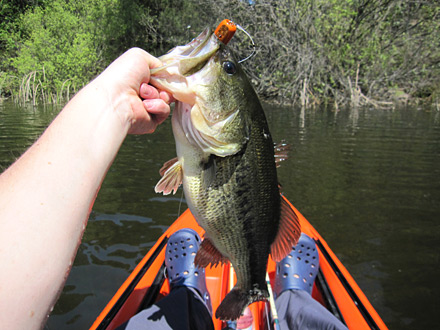 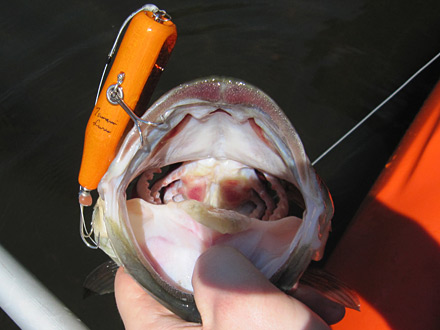 Again it was the Gaucho+ by Tsunami Lures who lured the fish away from their hiding spot and I also had a few strikes on a white Bumbinho and a handful of other topwater plugs. 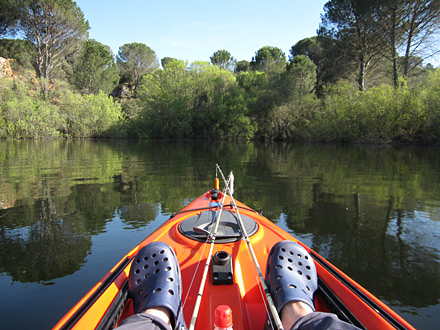 And that’s really about it (for today).
More pictures and updates to come..