This month is kicking off with a handful of new arrivals. First of all I’m more than happy to finally receive the long-waited package from Taizo Shimazaki of HandSome Lures. It took a while to sort out shipping and payment options, but I would like to send out a big ありがとう to .. Your kind support and efforts are much appreciated!

I really like style and aesthetic of his products and I’m considering HandSome‘s lure concepts, shapes and color patterns as quite unique and remarkable among the lure builders of Japan’s Topwater scene. 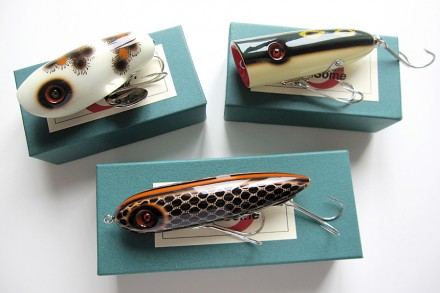 HandSome Lures : WildWalker, Popstar and Scooper (from left to right)

A second sending arrived in mid-week from a friend in Tokyo who once again helped me to get hand on another 2tone lure. I was looking for this one since it’s release in December last year and I’m happy to finally add one Arrythmia in the breathtaking “Potbelly” pattern to my box. 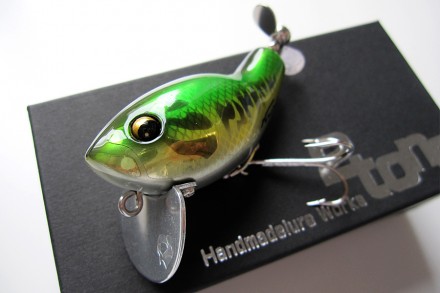 Casting this small (64mm) wonder-lure should be fun – check the YouTube video below to see the lure in action.

Also part of this 2nd package was a lure called “Oran” by Fukuoka based lure builder Ninna. The Oran caught my interest because of it’s uniquely shaped back-prop. Hope to give it a try soon, so that I can tell you more about this one. 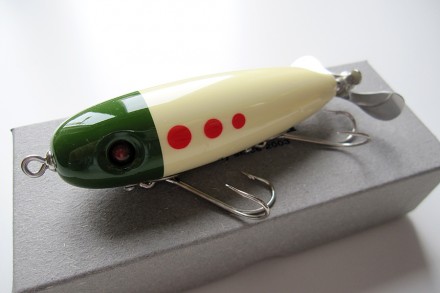 I came across Ninna back in early 2010, when I was trying to get hand on one of their much sought-after lures – called Lusen. It sold out within days and still remains a tough find.

Quick update from the workshop and some detail shots of latest designs
Apr 1st, 2016Inspiration

Nagoya sightseeing – including a workshop tour and visit to Boaster Cafe