Since nine days I’m back in Spain – Andalusia to be more precisely. I started the trip with a 6-day excursion to an area called Gobantes which is located at a reservoir called Embalse del Guadalteba – part of a 3-lake district just an hour away from coastal city Marbella. Detailed information on these reservoirs where hard to find so it was kind of a gamble.

When I arrived none of the available spanish mobile carriers offered connection in this area. 2nd drop of bitterness was the non-working WI-Fi hotspot at the apartment. I would have liked to stay in touch with the family more and of course, update the blog during this first days. Nevertheless the landscape and surrounding scenery where great and completely different from what I expected.

Unfortunately heavy wind and low temperatures, made kayak trips almost impossible within the first 3 days. I tried to make the best out of it and explored two reservoirs of the lake district by foot and even caught some bass close to bushes and trees in almost completely filled reservoirs. 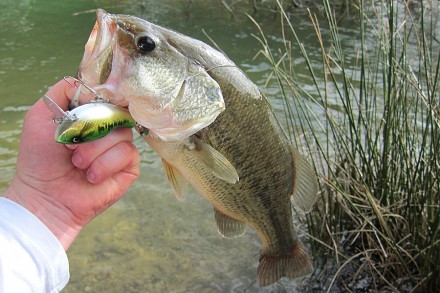 When the wind finally subsided, I took the kayak out to either Guadalteba and Conde del Guadalhorce. Bass was staying quite deep these days – probably because of the cold water temperatures – and I only got one topwater strike during my trips. While Surface Game was a tough “job”, I used the time to recover from recent busy months at the office and recharged batteries for upcoming projects. 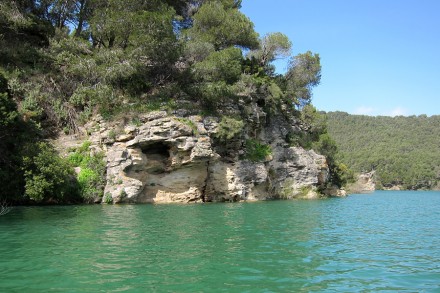 Already on monday I arrived in Córdoba and finally met my friends and their families again. I was really looking forward to come back, because I always enjoy the warmth and refreshing frankness of the Córdobean people. After making a quick excursion to Embalse de San Rafael de Navallana in the evening, I spent almost the whole next day at one of my favorite reservoirs – Embalse del Guadalmellato. Since more than a year there are massive construction works underway at the dam of this reservoir and the current water level is shockingly low. It’s quite difficult to explore the banks right now and after a few hours I took the curvy road down to Navallana. 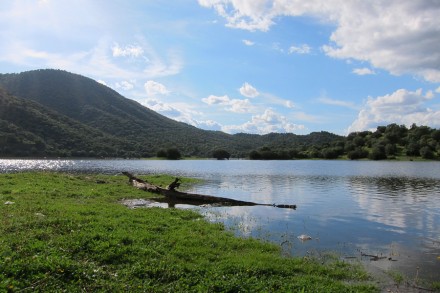 In the evening I finally had some topwater strikes on a ON/OFF by 2tone (see below) in shallow waters close to driftwood and tree stumps and was even able to land a nice bass after an enormous strike that came directly after the lure hit the water. That’s what I like most on Surface Game – the tranquillity and calmness, suddenly interrupted by a giant splash or fountain that gives you only a split second to react. Missing out can be frustrating at times, but you always get a decent fish or long-lasting memories as a reward. 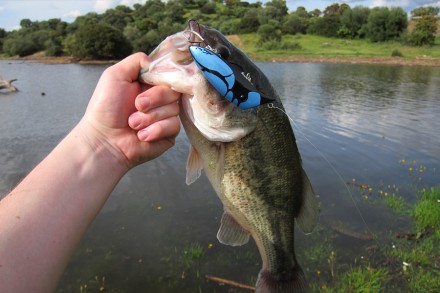 Speaking about memories..
Yesterday I finally took the steep roads to Laz Jaraz up in the hills above Córdoba. I really adore this small and peacefully quiet reservoir where I had one of my best topwater catches back in April last year. Weather was perfect with low wind and only a few single clouds every now and then. Already during first casts I got strikes on Tsunami Lures’ Gaucho+ and my new favorite – the ON/OFF by 2tone. 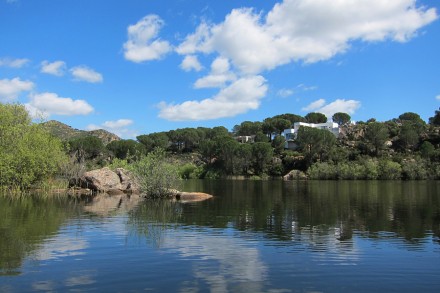 During the 5-6 hours kayaking close to rocky structures and banks, I had countless strikes, but unfortunately missed out on some really good ones again. Surface Game in this season can be straining at times. You need to be really patient and to make out the small pushes from “real” strikes. But hey, even a small bass is putting a smile on your face if you are not taking it all-too serious. 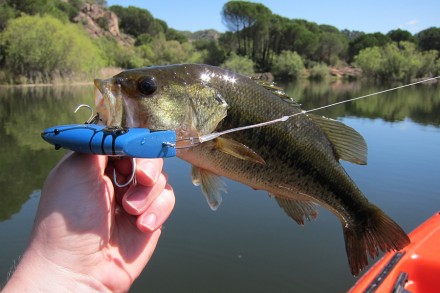 One thought on “First Update from Andalusia”