After a way too short night Fujiwara-san of Osaka’s Brightliver Tackle Co. picked me up around 5:30 am in the morning. I was really excited to meet him and Matsumoto-san after exchanging a dozen of emails since early 2010. 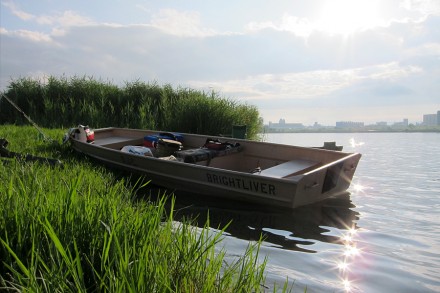 Fishing the shallow banks of Yodo river in windy conditions was tough, but I had a handful of bites on Brightliver’s Chubby and Larry Chopper Stage 3 until midday. Unfortunately I was just too slow (tired) as previous days and short nights had exacted their toll and even Boss Black Coffee helped only little. I struggled to keep my eyes open during the first hours of the day but found back to usual rhythms after a little while. 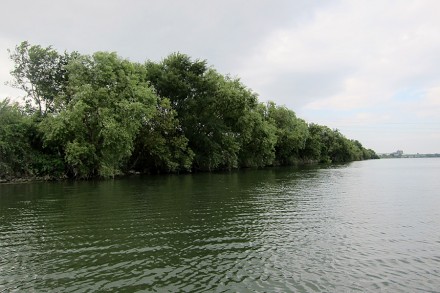 Of course, my two guides where better prepared (in much better shape) and made sure the German guest got a brief glimpse of Yodo-gawa’s black bass population. 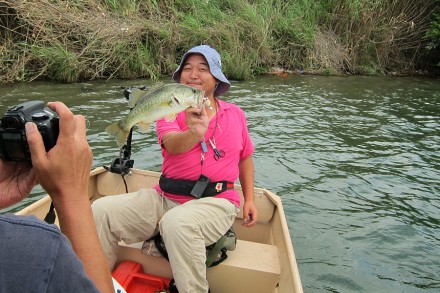 Around midday we stopped fishing and went to the nearby Brightliver Tackle Co. office. After marveling at their amazing reel collection, we had interesting and enlightening talks about handmade custom tackle and I was even able to test some of Brightliver‘s new rods and grip handles. I was amazed by the amazingly low weight of the Chucker grip and Matsumoto-san’s rod creations are simply a class apart. 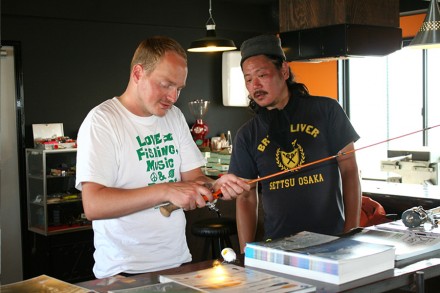 I also had the honor to visit the Brightliver / Tsunami Lures factory. It was fascinating to see latest productions and of corse the lure and tackle workshop. In the afternoon I went back to the hotel for having a shower and to recreate myself with a little nap before I was picked up again by Fujiwara-san for dinner. 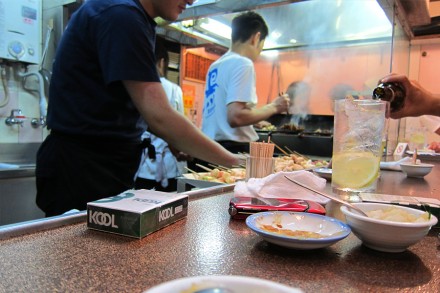 My first ever visit to a traditional Japanese Yakitori grill

We went to a very special Yakitori restaurant in Osaka, met more great people (Yes, I’m talking about you Tamai-san… :) ) and spent almost half of the night talking about the joy of Topwater Bass Angling and the amazing connection between Japan’s lure and tackle builders and this crazy German guy.. 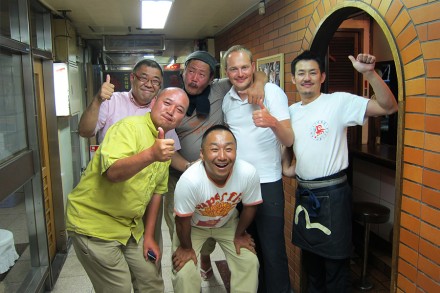 Once again a great day & night of Topwater fishing, meeting good people and enjoying tasty Japanese food (and beer). Thanks a lot for perfect hospitality and cheerful talks!

Rain-hit final day at one of the most beautiful reservoirs in Chiba
Apr 1st, 2016Inspiration