I’m back in Berlin since 4 days and I would like to kick off a series of recap posts with a brief review of an almost perfect day on the water. I was already on the way to another reservoir, when I decided to make a u-turn to visit Embalse de San Rafael de Navallana. Despite nasty wind gusts and the really low water level, I had the feeling that this might be the last chance to catch some big ones before going back to Berlin. I don’t remember how often I fished this reservoir within the last years, but knowing some good spots and characteristics of a reservoir can give you a lot of confidence. 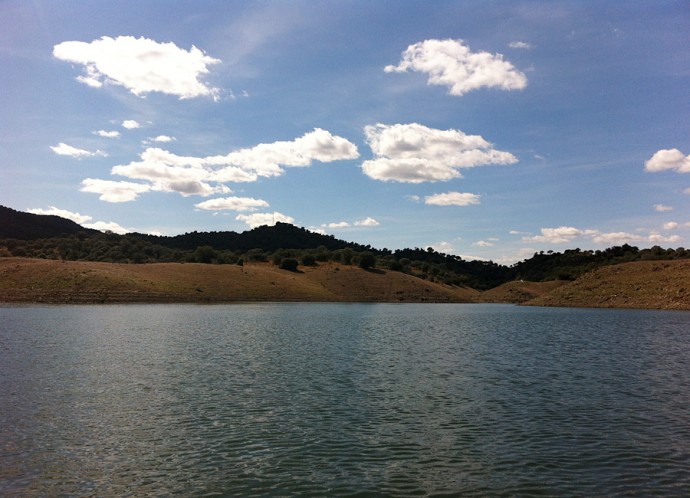 Even with low water level a beautiful view..

After kayaking upstream for around 2 kilometers, I finally reached some promising points and sunken trees, but even after 2 hours fishing I didn’t had a single strike on my favorite lures. With upcoming wind I decided to switch to the other side of this part of the reservoir. After fishing rocky structures with interesting points and cover, I was now paddling through shallow water and sandy bays.

Not wat I would call a top spot for topwater fishing, but you never know…

To my surprise the first fish of the day hit 2tone‘s ‘Arco-At’ in only knee-deep water and after a short but intensive fight the following mid-sized but well-fed bass was ready for some quick photos. 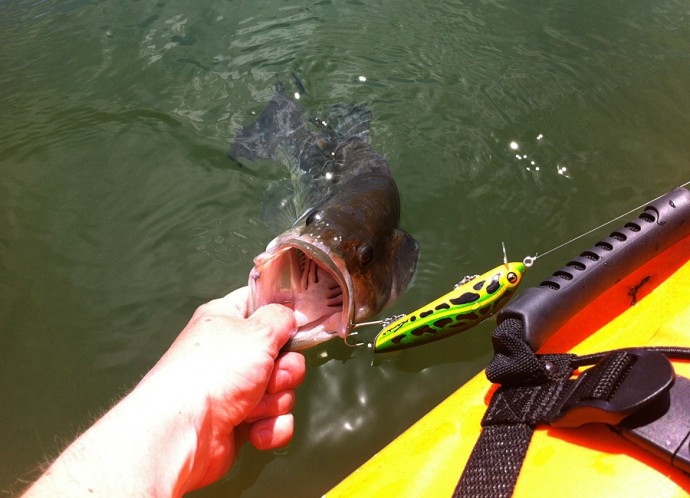 Only a few 100 meters downstream I was fishing parallel to the banks when a promising strike pulled Abdeal‘s ‘Abstract’ below the surface. The fight was much harder and it took me some time to lift this beautiful fish out of the water. For sure one of the best and memorable moments of the entire trip. 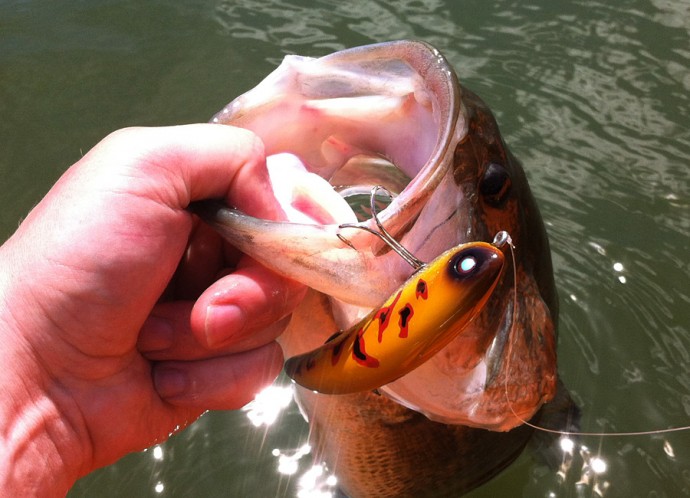 This one was perfect to get the adrenalin flowing. With new energy I approached a channel with a shallow area in it’s center. At one of it’s edges, I had a first slight strike on Local Lure‘s ‘Kari-kari Mouse’ (カリカリマウス). I think it was only the 3rd or 4th cast with this lure as I was using it for the first time. I really like movement and the noisy sound of the back-prop. The 2nd cast resulted in another strike and after an exciting fight close to the banks this beautiful fish came to light. 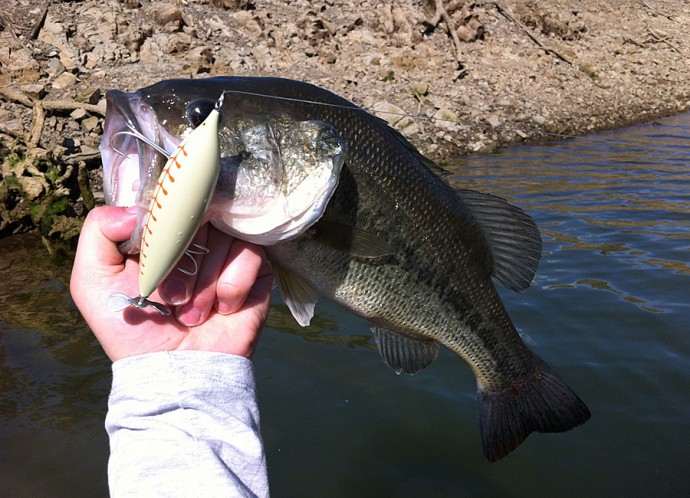 Just after I decided to quit fishing for the day, I came across another promising point. A few casts later I got the last strike of the day. Again on Local‘s ‘Kari-kari Mouse’. Catching these two great fish was a perfect round-up for the last day fishing of this years trip to the Andalusian south. 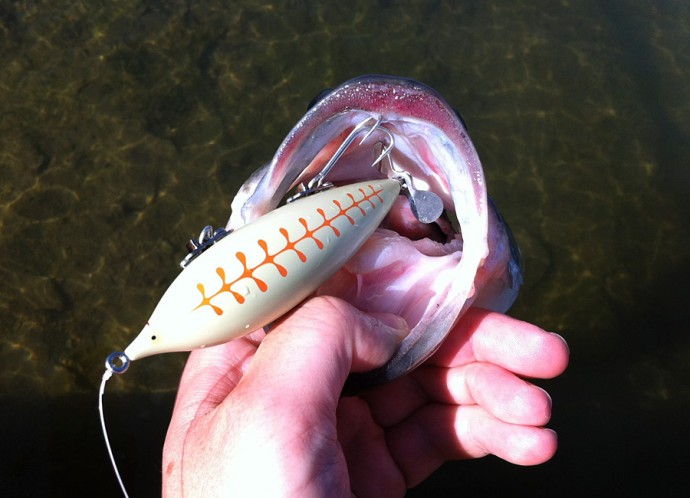