I’m visiting Embalse de la Encantada for three successive years now and I count this beautiful reservoir as one of my absolute favorites. Conditions where just perfect. Cloudy weather, a gentle breeze and rising temperatures during the days before promised a good day on the water. 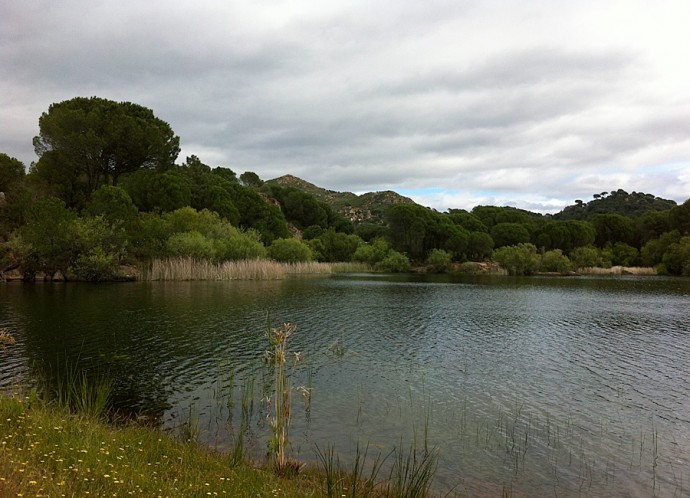 Beautiful place up in the hills of Córdoba

After preparing the kayak, I went directly to one of the top spots between big rocks and a sunken tree. Soon after arriving, I had a few cautious bites on Record‘s ‘Quebrada’. Most of then came right after the lure hit the water. This good start was garnished with the first fish of the day. Once again the strike was almost unnoticeable, but the fight was hard and exciting. 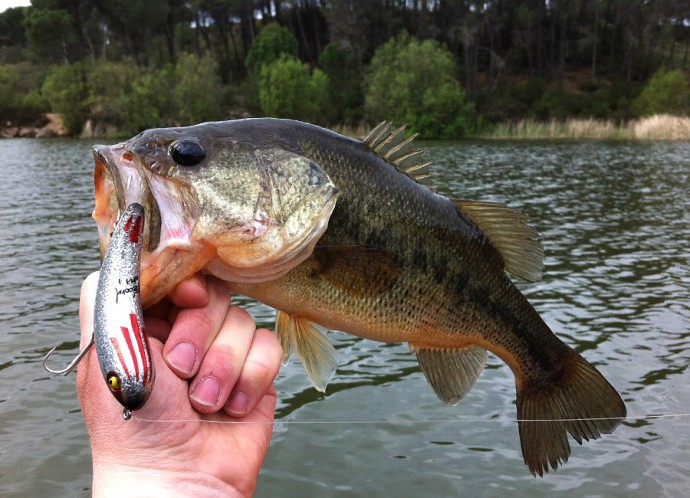 Bass where really active and within minutes I had more strikes and a nice catch on Abdeal’s ‘Abstract’. I switched to 2tone‘s ‘Arco-At’ which was part of my latest order at Rotton. As I only have a few minnow-like topwater plugs in my box, I was really looking forward to give this one a first try. Within minutes I had a first strike and the following cast to the same spot brought a fine fish. 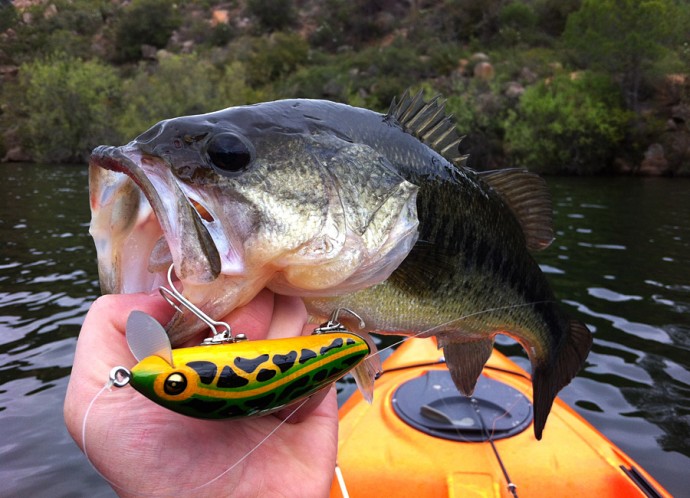 I moved to a small bay surrounded by several big rocks and with submerged plants. I was now constantly switching between both rods and was changing lures a few times. So many new arrivals to try out… The next two fish I had on Abdeal‘s ‘Splat’. I really like size and movement of this tiny popper and was able to make some good shots.. 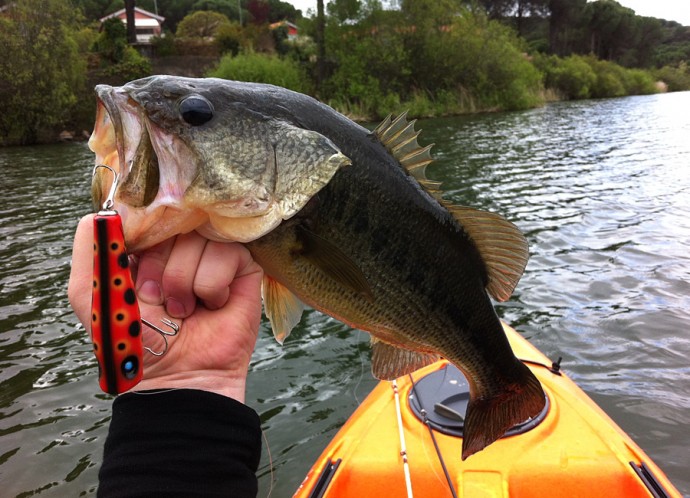 Around midday there was a mor quiet period with 1-2 bites but no fish. I decided to move to another part of the reservoir that I had in good memory for nice cover and good sized fish. Surprisingly only had a single fish in this area. This time Handsome Lures‘ ‘Wild Walker’ lured the fish away from it’s hideouts between overhanging branches. 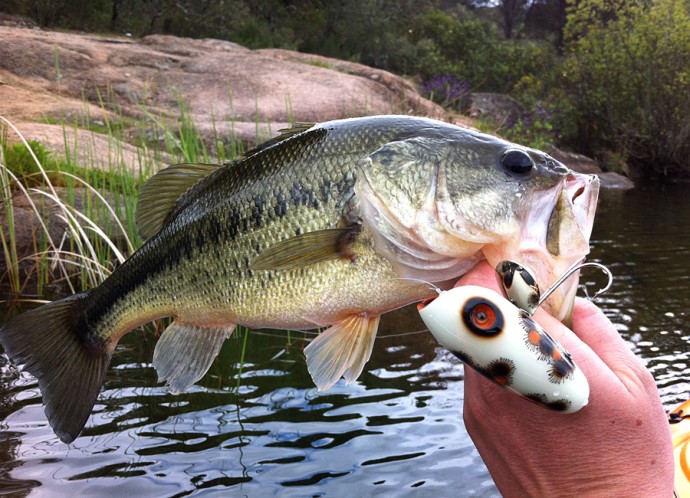 For the remaining hours I was fishing Record de Ligero‘s ‘Romeo’. Besides a few bites I was able to catch two more fish while the 2nd one was caught at one of my secret hot spots. Within three years I always caught a decent fish in this area. Seems to be a perfect hiding spot for the big ones. 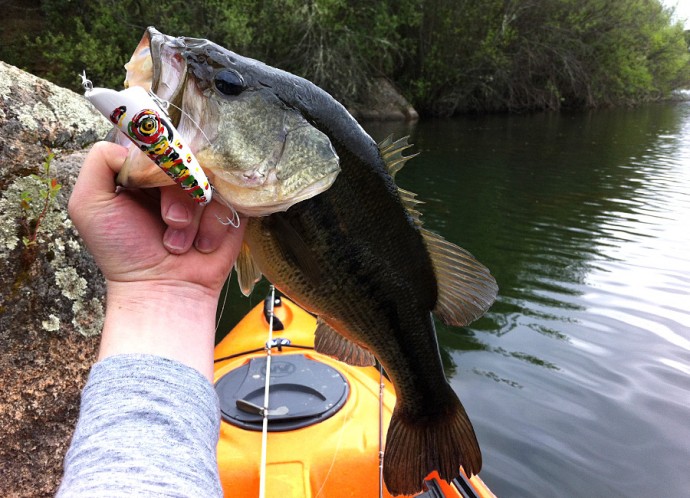 This catch was truly one of the highlights of a great and memorable fishing trip. I don’t know how many bites I had during the day, but I can’t remember a day at Embalse de la Encantada where fish where this active and agressive. Good times.. 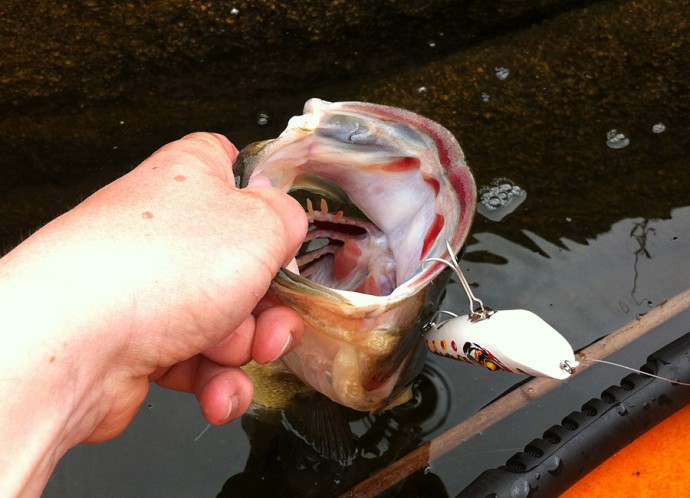