I know this might get a bit boring for some of you, but these recap posts are a perfect way to refresh the memories of this great trip and will help to withstand the coming weeks and months.

On my last day at Encinarejo, I decided to not start before late afternoon, but even after 4pm it was still incredibly hot. Again I spent some time hiding in the shadow, before kayaking into direction of my favorite places and spots. 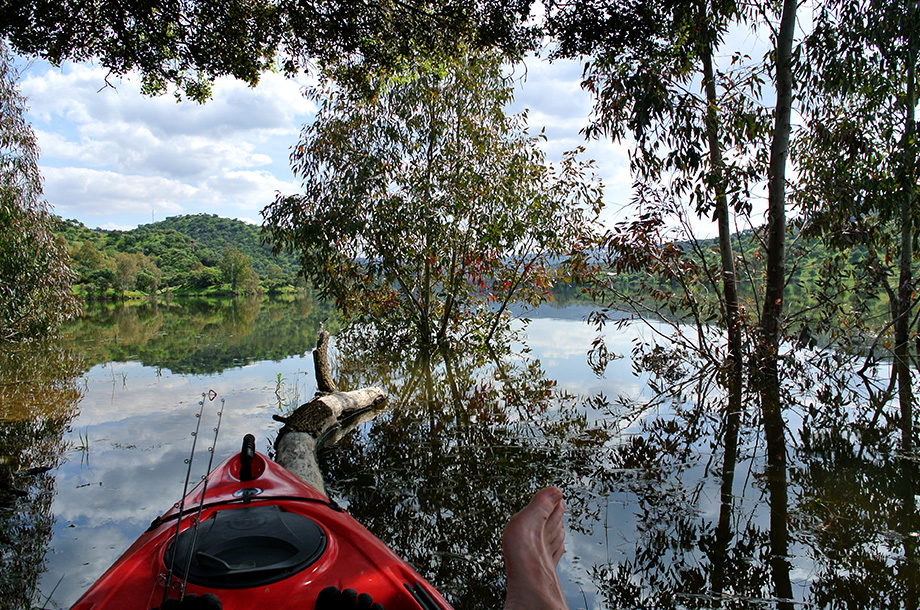 As the sun began to hide behind the mountains, I approached one of these hidden small bays. With huge rocks and 2 smaller islands in it’s centre, this place looked just predestinated for a perfect climax. Already at one of the first points – between rocks and sunken bushes – I recorded a first strong bite and minutes later I was involved in a fierce duel with a decent fish. Unfortunately I missed out once again, as I couldn’t prevent the fish from a powerful jump in some distance. It’s hard to describe the painful feeling, when you just lost a great fish and quickly realize that this could have been the best catch of the entire trip…

Luckily, I caught a few good fish within the following hours before sunset, and the amazing scenery and atmosphere helped to get over the miserable feeling… :) I fished only a handful of lures during the short trip with Elephant Baits‘ Voxer, Local Lure‘s 食用ガヘル2nd and Record de Ligero‘s Julieta being on the receiving end of some hard strikes. 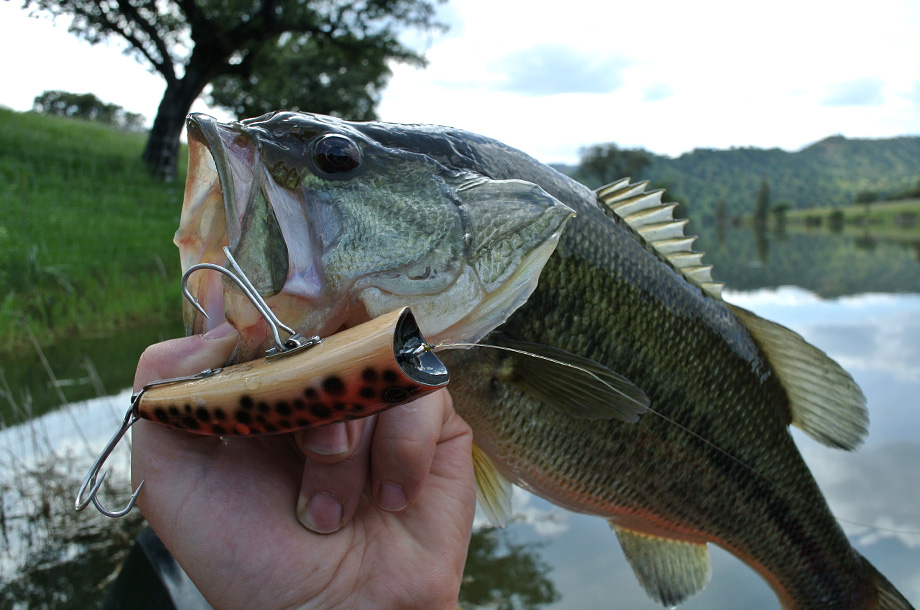 This powerful little chico was the first fish of the day – Lure: Elephant Baits – Voxer 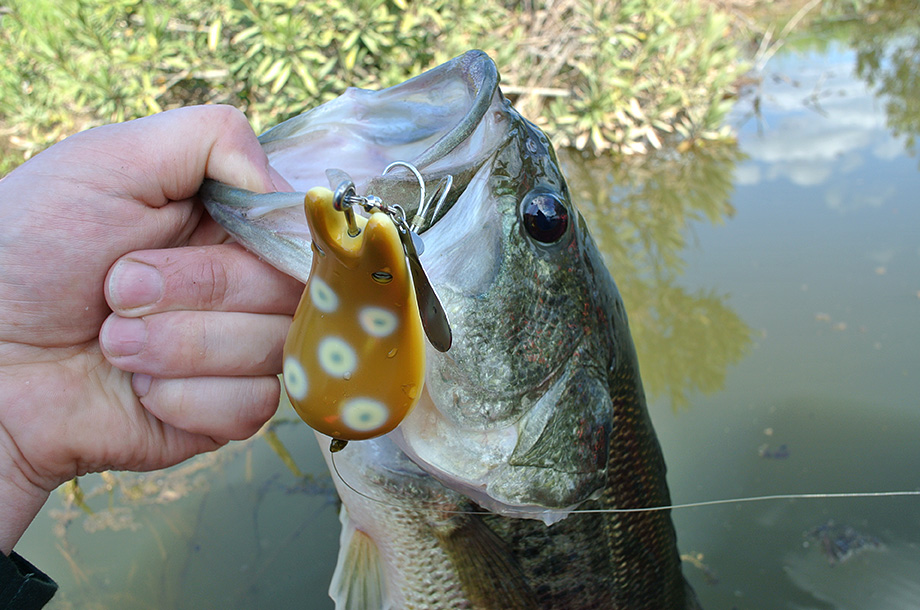 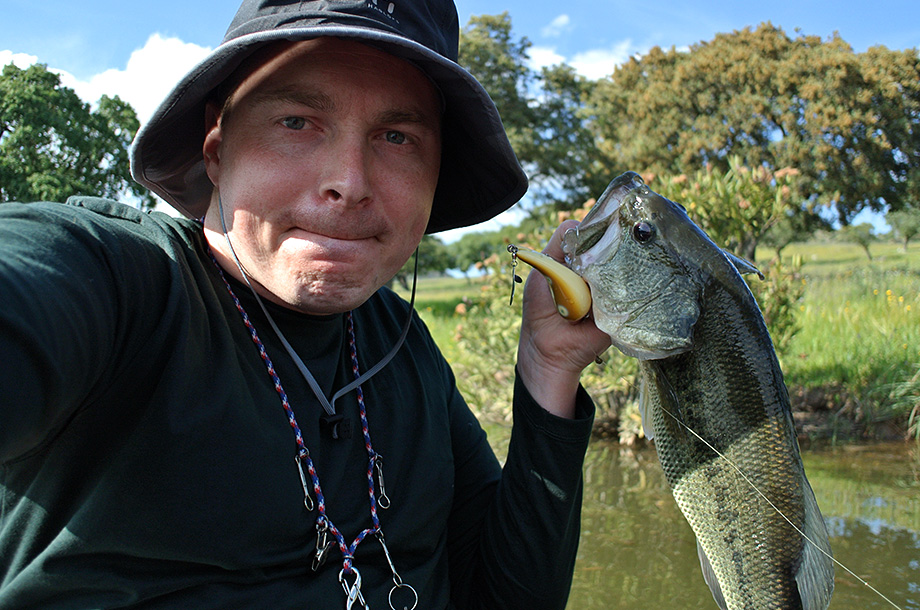 I will really miss this place and I’m pretty sure that I will go there again. Rather sooner than later! :) 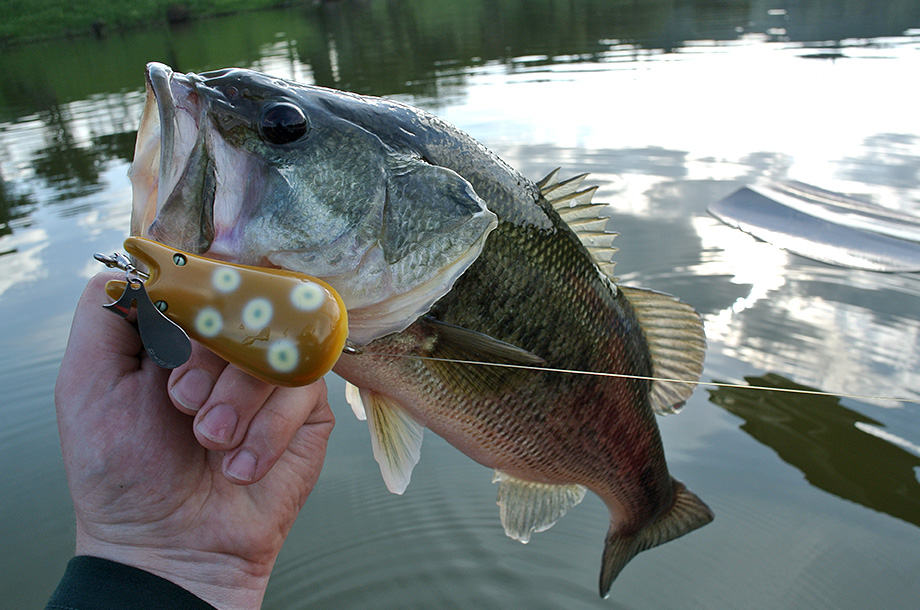 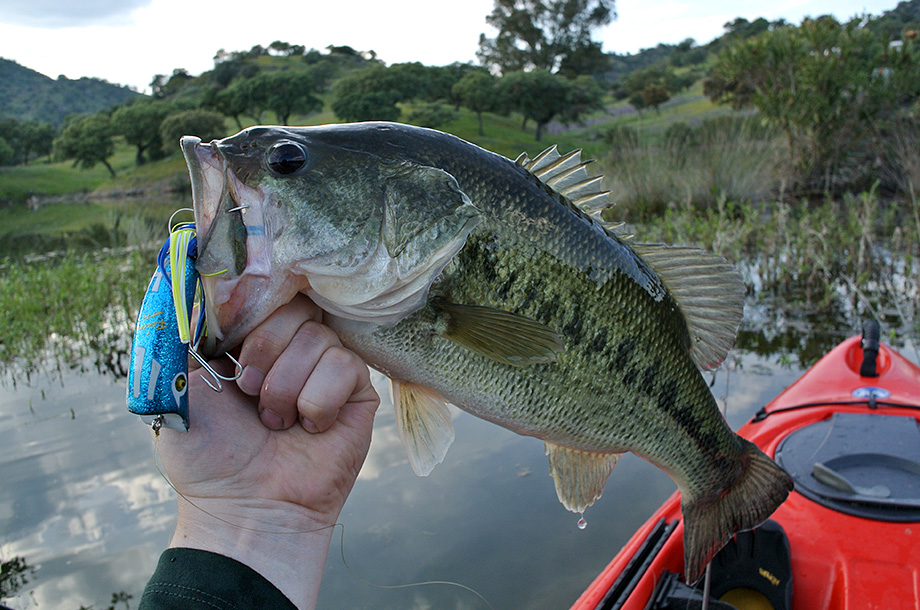