Today I received a surprise package from Abdeal handmade lures. The content: two beautifully crafted lures and a personal note from Masahiro Hotta himself. Since a while we are working on a secret project and I’m positive that we will come out of stealth mode shortly after my trip to Spain. We are both suffering from a chronic lack of time due to family duties and day jobs that are keeping us busy, but I’m confident we will manage to add the missing final touches. 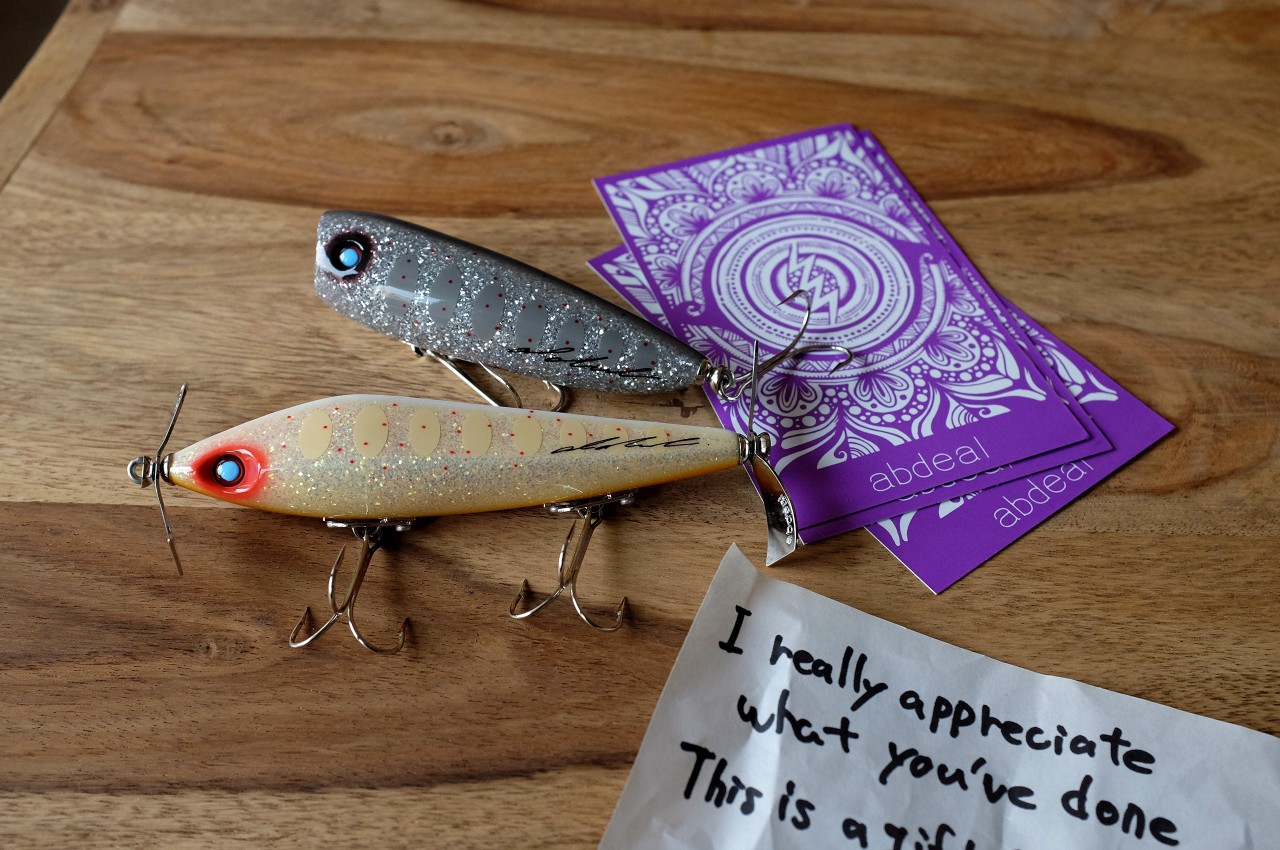 When I unboxed both lures in the afternoon, I simply had to take some pictures and to put them on the blog. Masahiro’s color patterns (and lure designs) are simply stunning and incredibly rich in detail. Both color patterns – “GA” and “PGA” are using the same visual elements while the latter (newly added to the line-up) already caught my attention when released earlier this year. 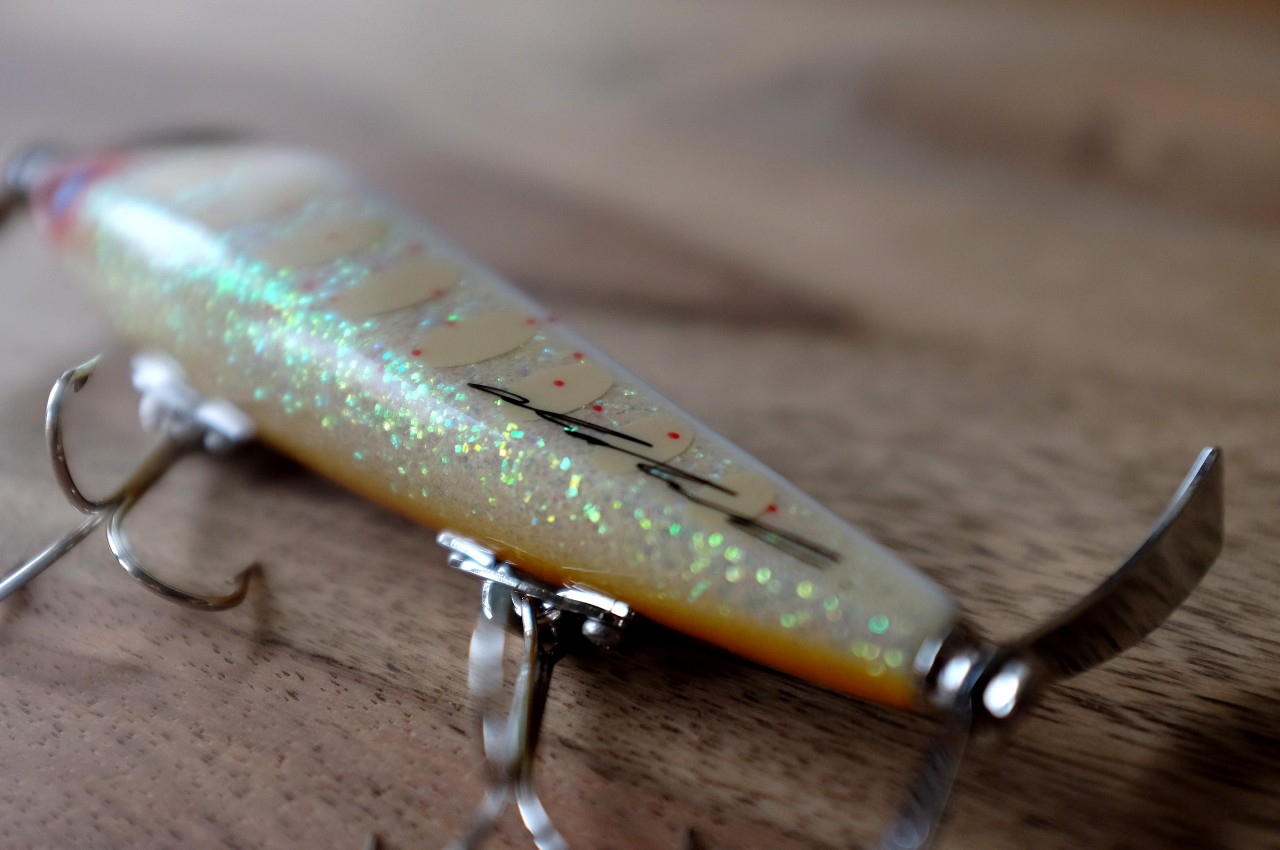 “Slapper” – a bulky still lightweight popper was one of the earlier releases by Abdeal, and yes – it’s true: things get better with age / after many thoughtful iterations. It’s the first “Slapper” in my box and that’s why I’m really looking forward to give it a try soon! 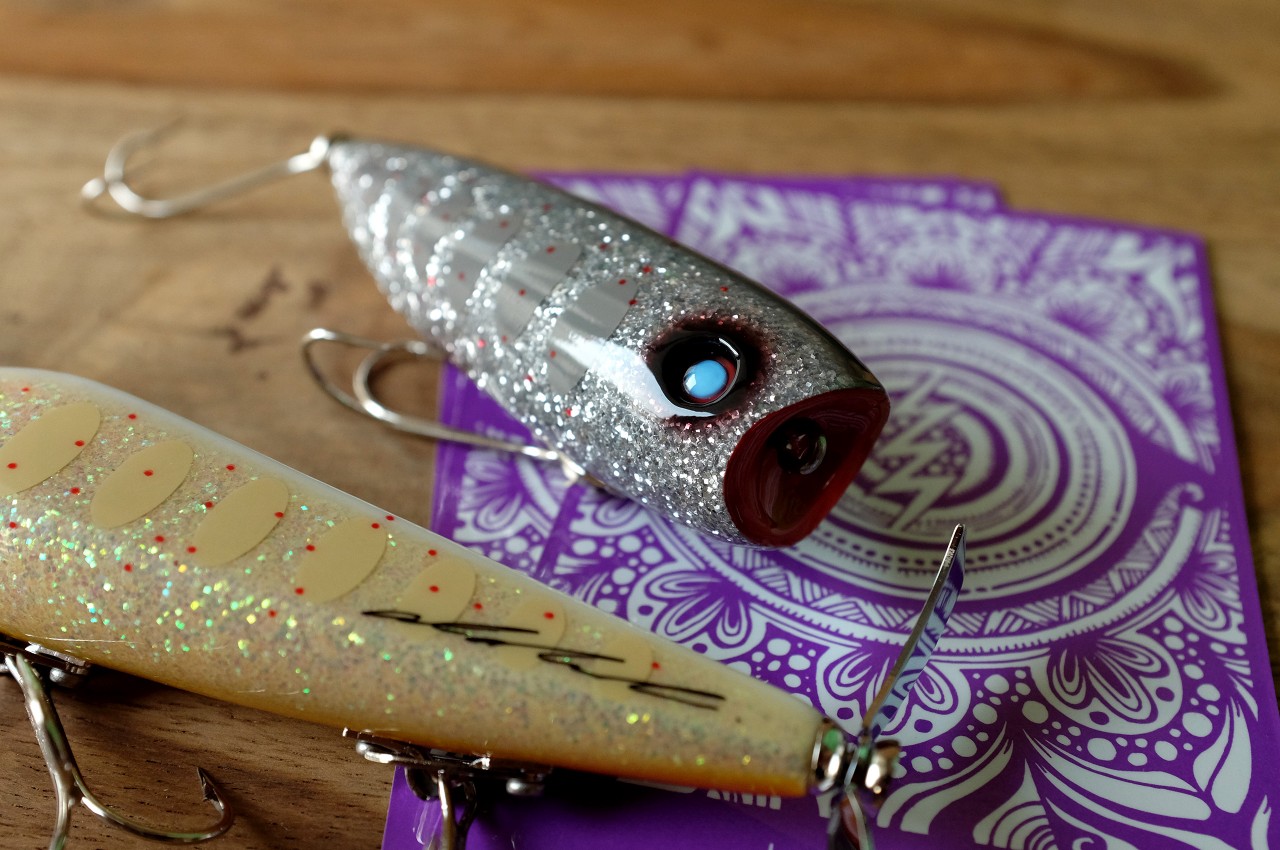 The 2nd lure – the beautiful and wildly popular “Rhombus” ロンバス is already an “old friend”, I bought a first model during a trip to Japan two years ago, but this newly released version feels just great. When I say “feel”, I’m mainly referring to the reduced weight – which is now around 22g. It’s amazing to see what an impact a slight difference in weight can have and from own experiences it’s something that one should pay close almost pedantic attention to when designing wooden topwater lures. 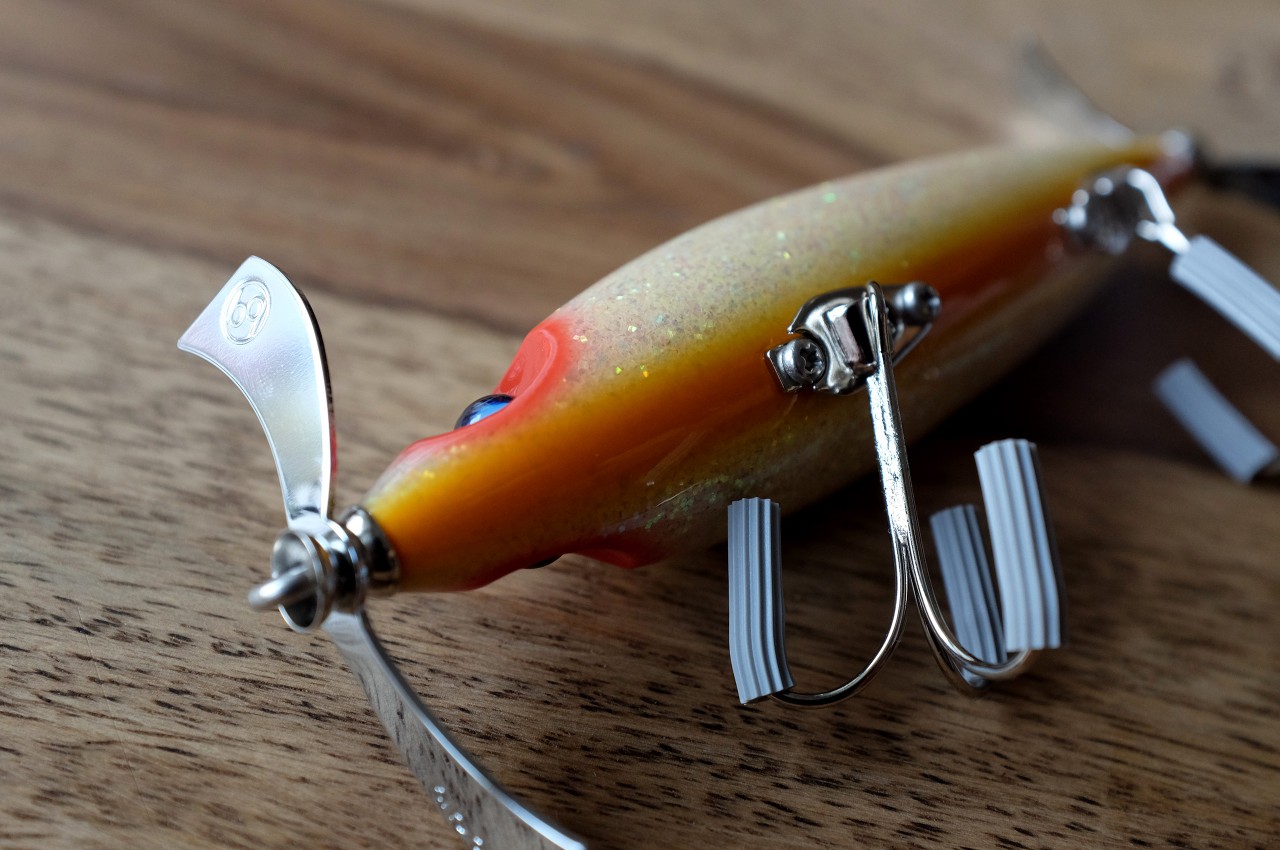 I’m just glad that this precious package arrived before the trip to Spain and that I can take both lures out for fishing next week. Thanks again – ありがとうございます!

Quick update from the workshop and some detail shots of latest designs
Apr 4th, 2016Fishing Trips