Yesterday’s visit to Jandula will go down as one of the highlights of this years trip. I used the term “perfect conditions” already a few times in recent days and now it’s hard to find the right comparative to describe what I experienced yesterday. The morning started with sunshine and light wind from direction of the dam, so I decided to take the chance to explore more distant parts of the reservoir.

On my way I stopped every now and then for spots that looked promising and the first two fish of the trip where caught that way. Both where of similar size and where guarding their nests around trees and huge pieces of sunken driftwood. I’m a big fan of fishing these points as they are always good for a surprise. 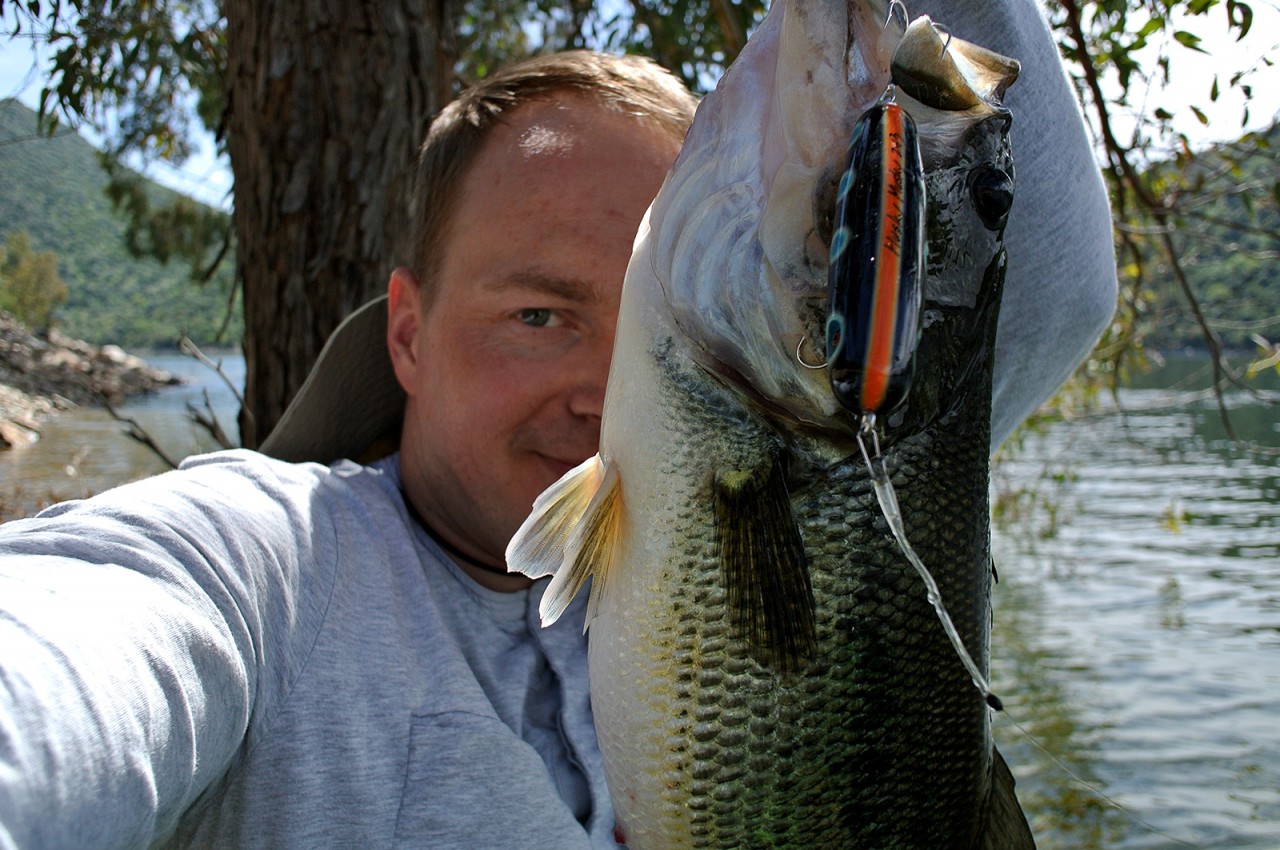 First fish of the day and what a beauty that was… 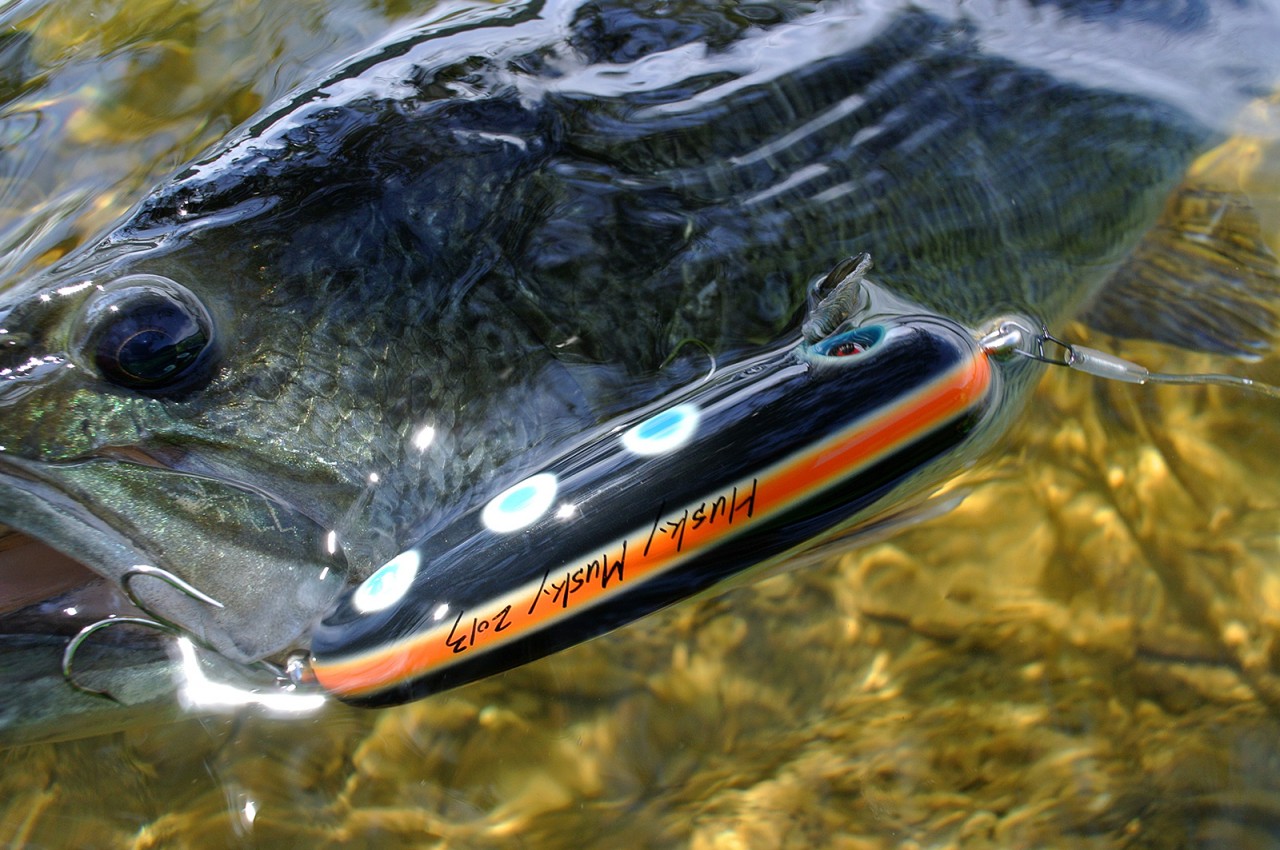 After a while, I arrived at my target destination – two opposing gigantic slopes of massive rocks with huge hidden boulders to it’s feet. The 2nd cast with Abdeal’s “Slapper” already brought a first strike. The following fight with a huge bass was unfortunately a bit too hectic and I lost the good fish just milliseconds before i had the landing net ready. Bummer… 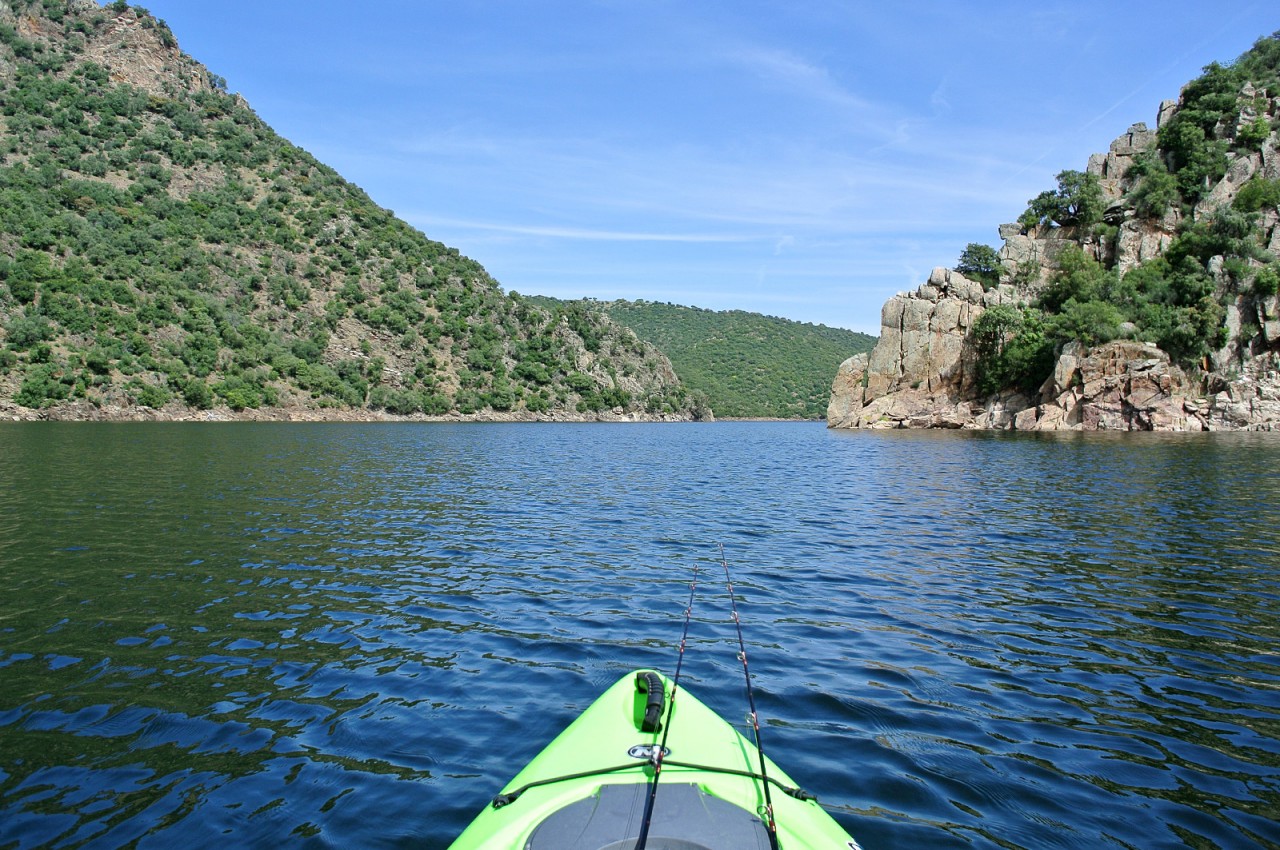 With more concentration and focus, I continued my pursuit and got rewarded with another good fish, but of smaller size on the same lure. Again thrilling fight in breathtaking scenery. 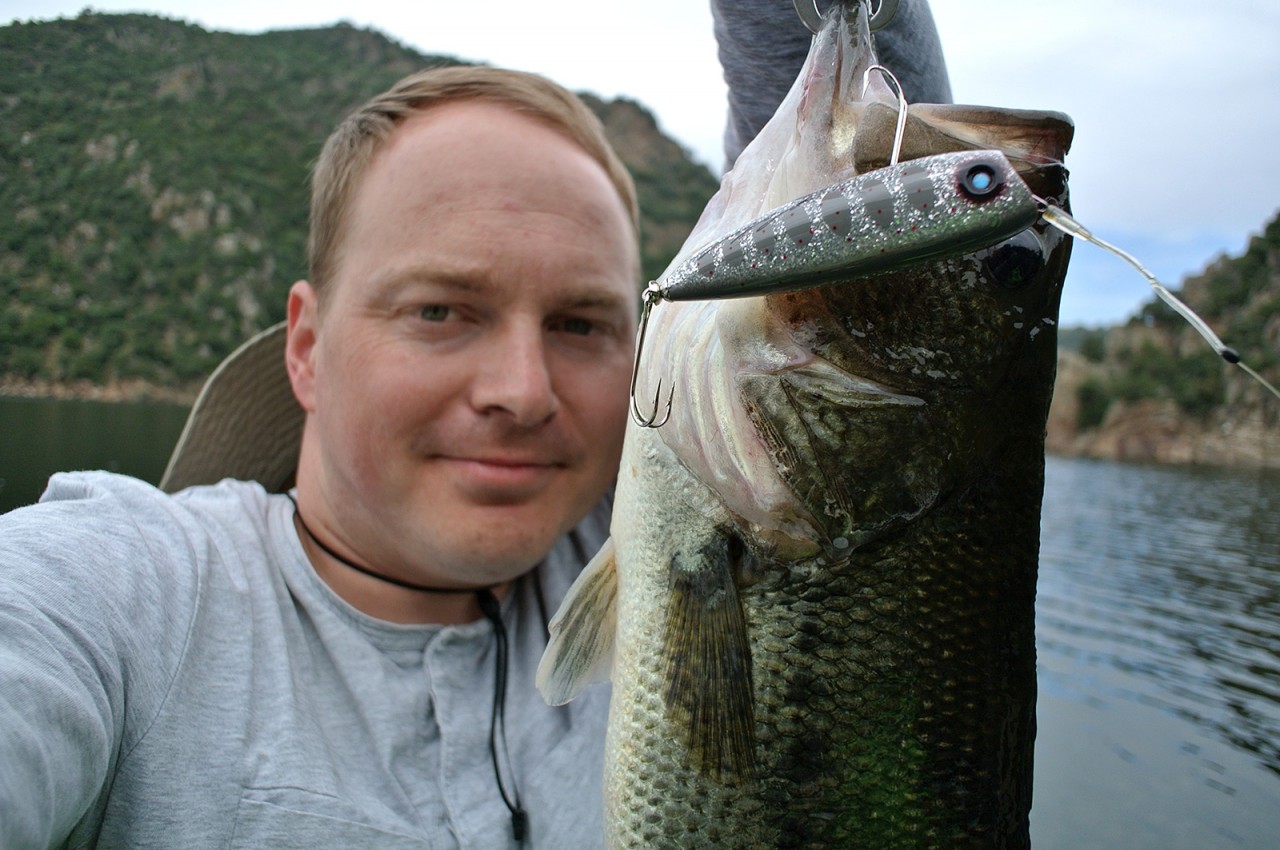 First fish on the new “Slappers” by Abdeal

In the afternoon the wind was gone completely and the quietness of this magic place was simply captivating. It’s a truly special experience if you are the only person exploring a reservoir of this size and there’s simply nobody else around you. These are really the moments that make up for all the efforts to go to these distant places and I hope that my kids will be able to experience similar, yet unique moments in their life. 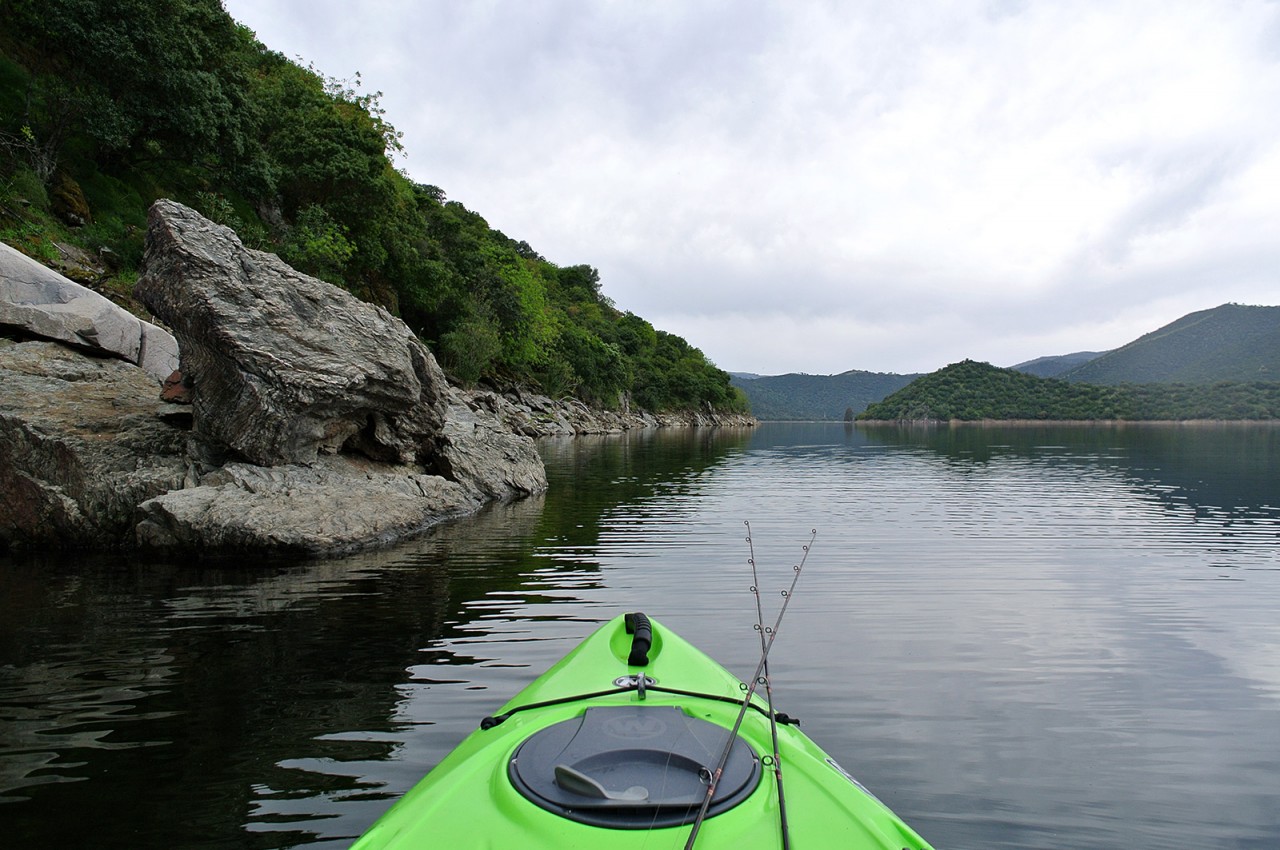 In some areas the humming of bees and the countless birds made for a beautiful ambience that you will never be able to experience elsewhere. The only other sounds around where the subtle splashes of my wooden plugs on the mirror-like water surface.

I switched to the red-head “L7”, because of it’s subtle prop-sound and short-turn movement and recorded numerous bites before The next bigger fish was up for a short fight between trees and rocks. 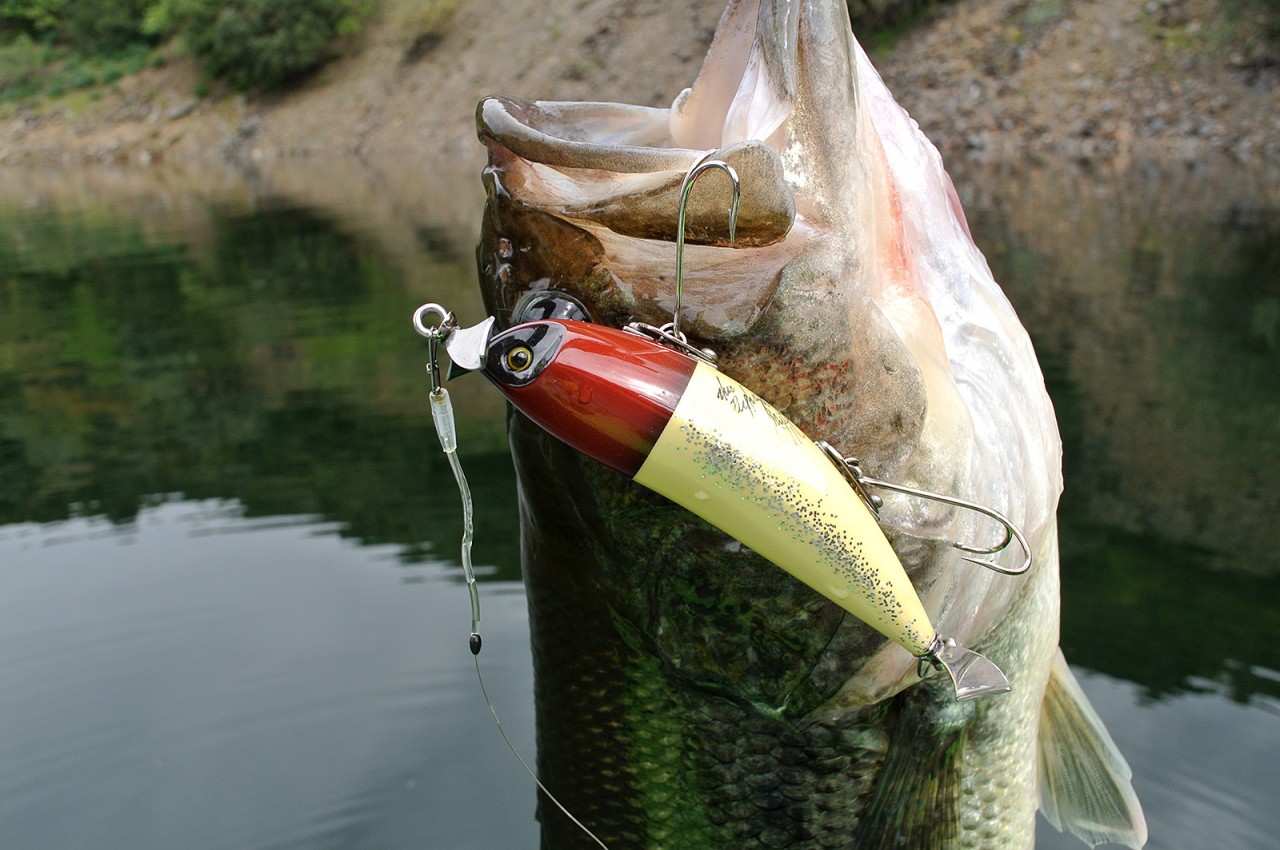 Another sweet catch on my beloved L7

Close to the dam, There was now much less activity and I decided to just do a few lasts casts before returning to my starting point. 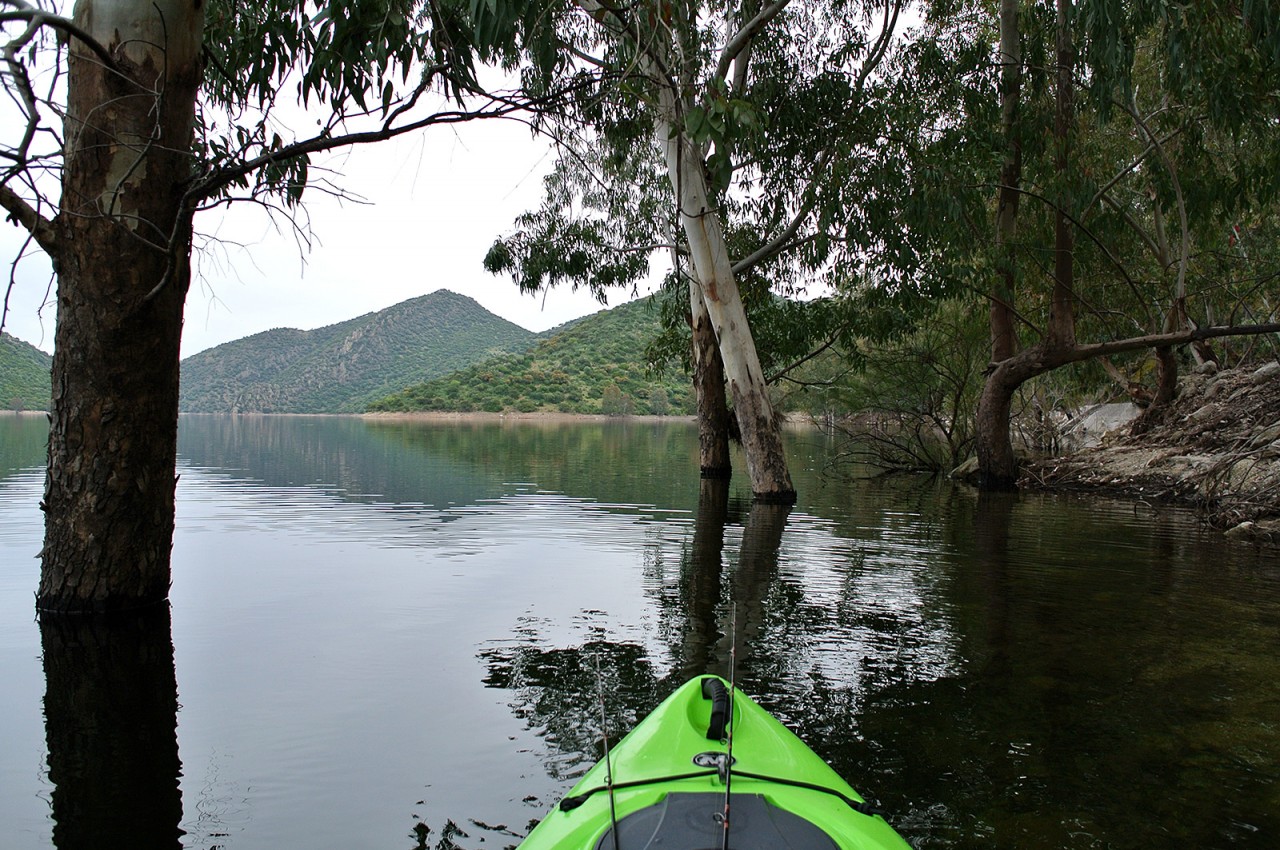 Guess who’s hiding below the trees?

With literally one of the last casts, I got a huge strike and I was close to a heart-attack, but somehow managed to successfully fight and reel in the following beauty of a fish. 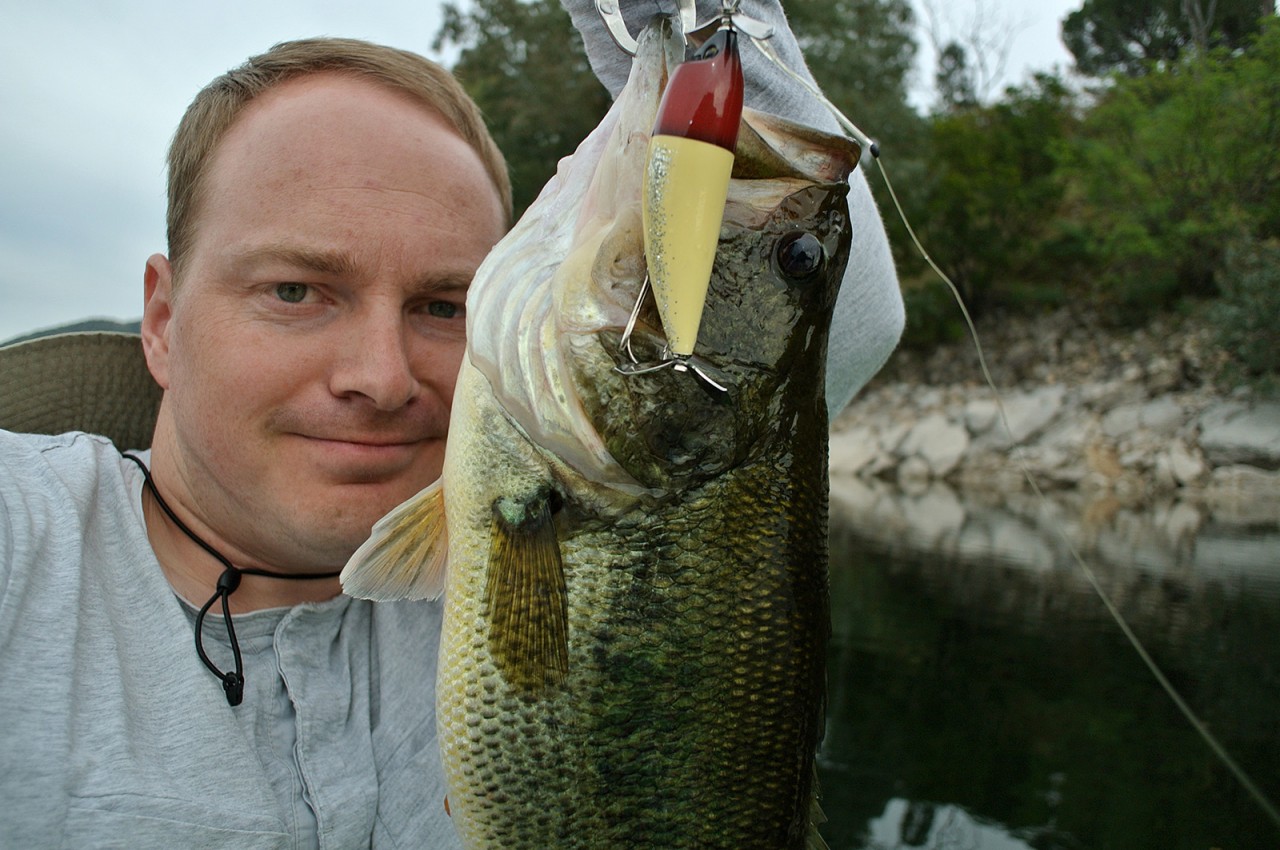 Last fish of the day…