I’m aware that these fishing photos are looking all-too similar and that after seven fishing trips, the magic already might be gone, but today’s return to Córdoba and a quick trip to Navallana seem to be worth a short entry in the diary. I also can’t remember a trip to Spain, that was so rich of incredible catches and memorable moments.

I arrived at the reservoir early afternoon and temperatures where quite comfortable, because of a good mix of clouds and sunshine. Instead of going right to the area where I caught the 50up on the first day, I decided to fish two shallow bays and the opposing banks so that I wouldn’t have to cover too much distance within the remaining hours. 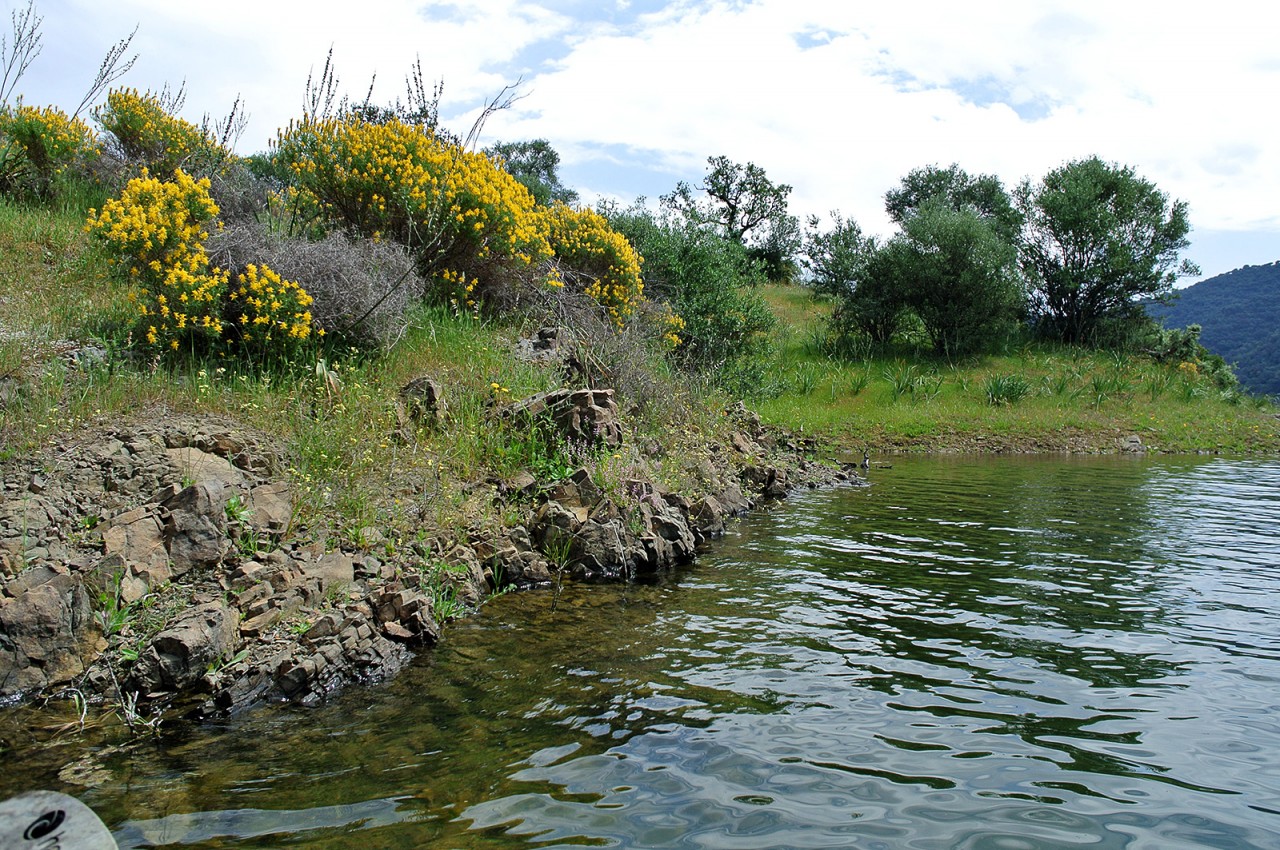 After kayaking for hours yesterday, I still can feel every bone in my body and I decided to take it easy. It took a while to trigger the first bite, but as another one instantly followed, I was sure to be on the right track.

It took another hour until the first bass was ready to get digitalized for his place in the diary, and the surrounding bay’s full of green bushes and a wide variety of flowers made for a perfect background. 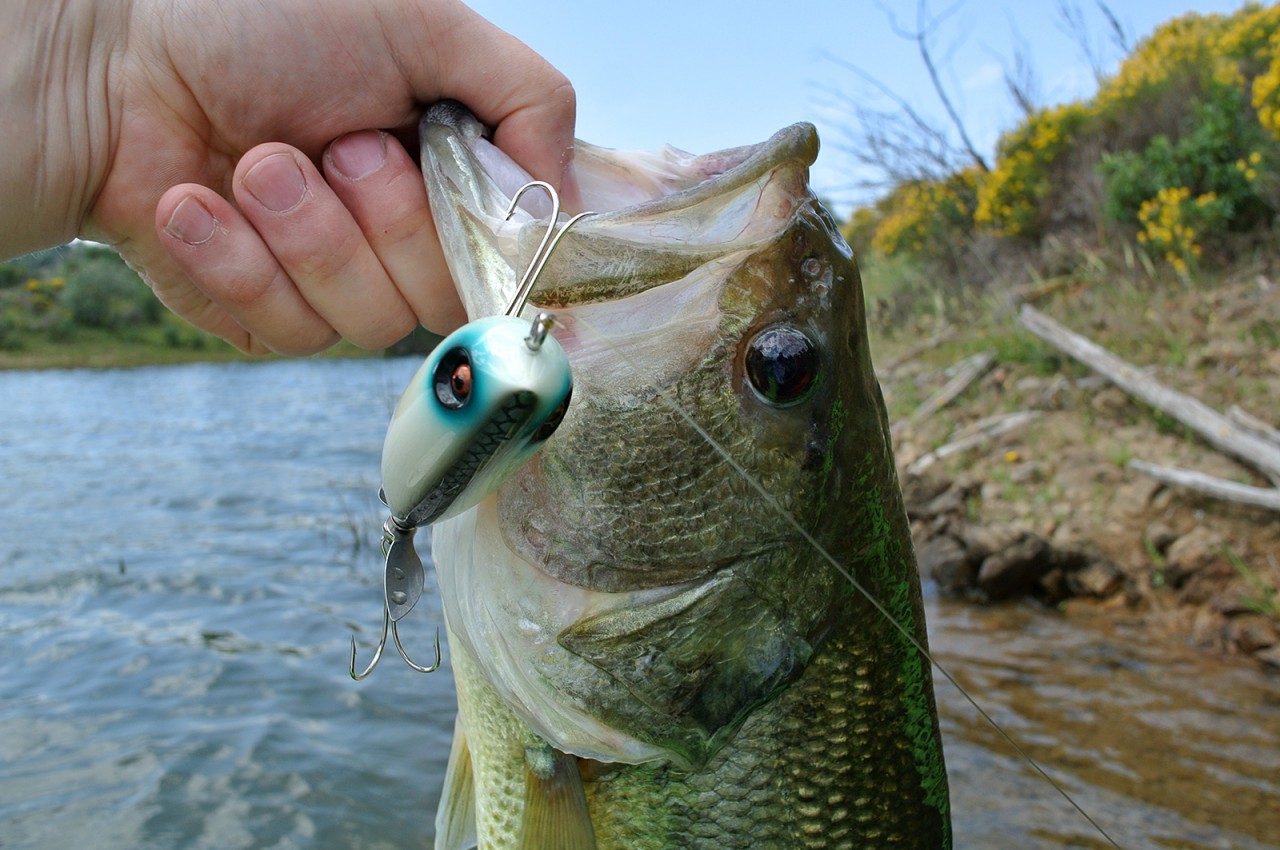 The wind was almost gone when I crossed a long flat, that I would usually skip for the next bay or bigger piece of structure, but I somehow felt that there might be a surprise lurking between occasional bushes and pieces of driftwood. Since a while I was fishing a lively moving popper by Local Lures, which is pure fun to play. Another inspirational sample for a perfectly balanced lure.

The next strike was soft, but the fight all the more exciting and ended agin with the obligatory photo shoot. 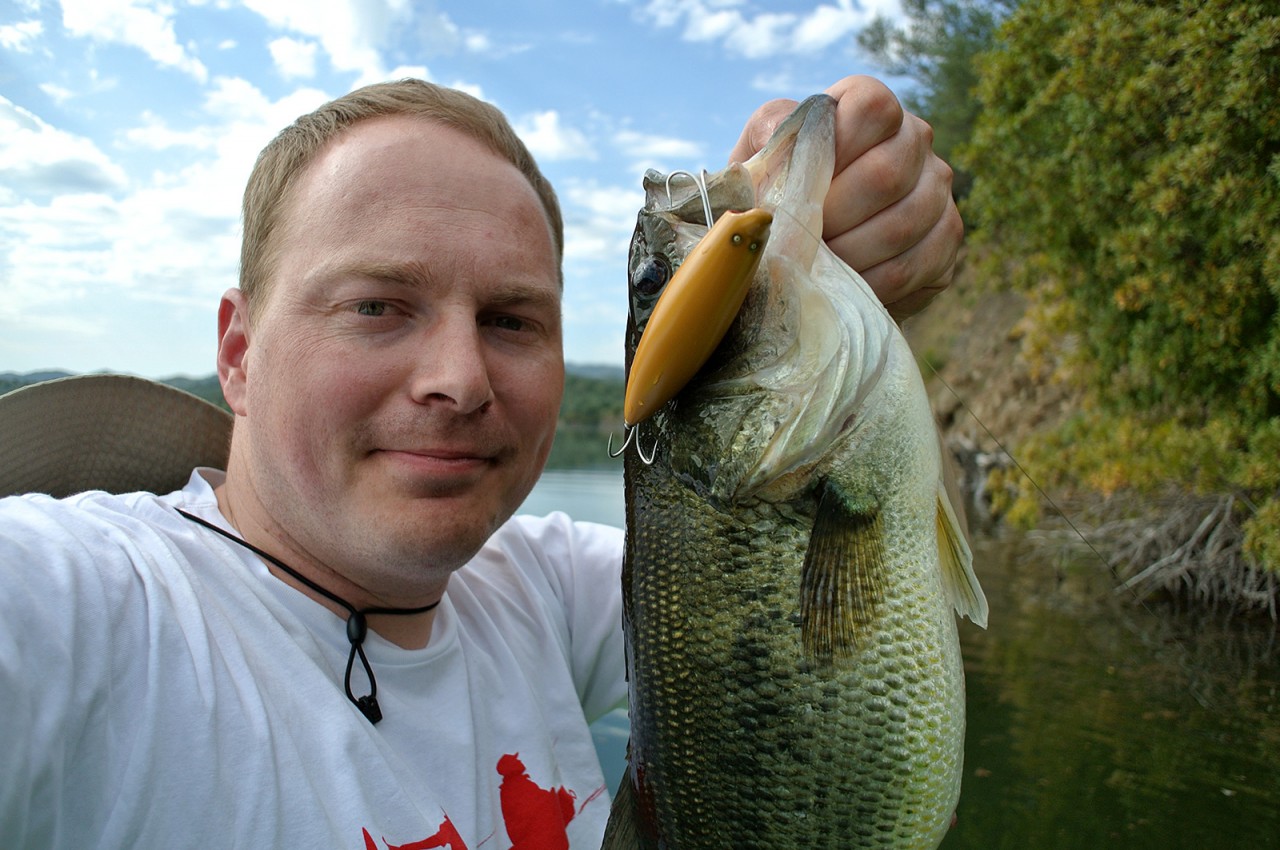 Funny looking and fun to fish… 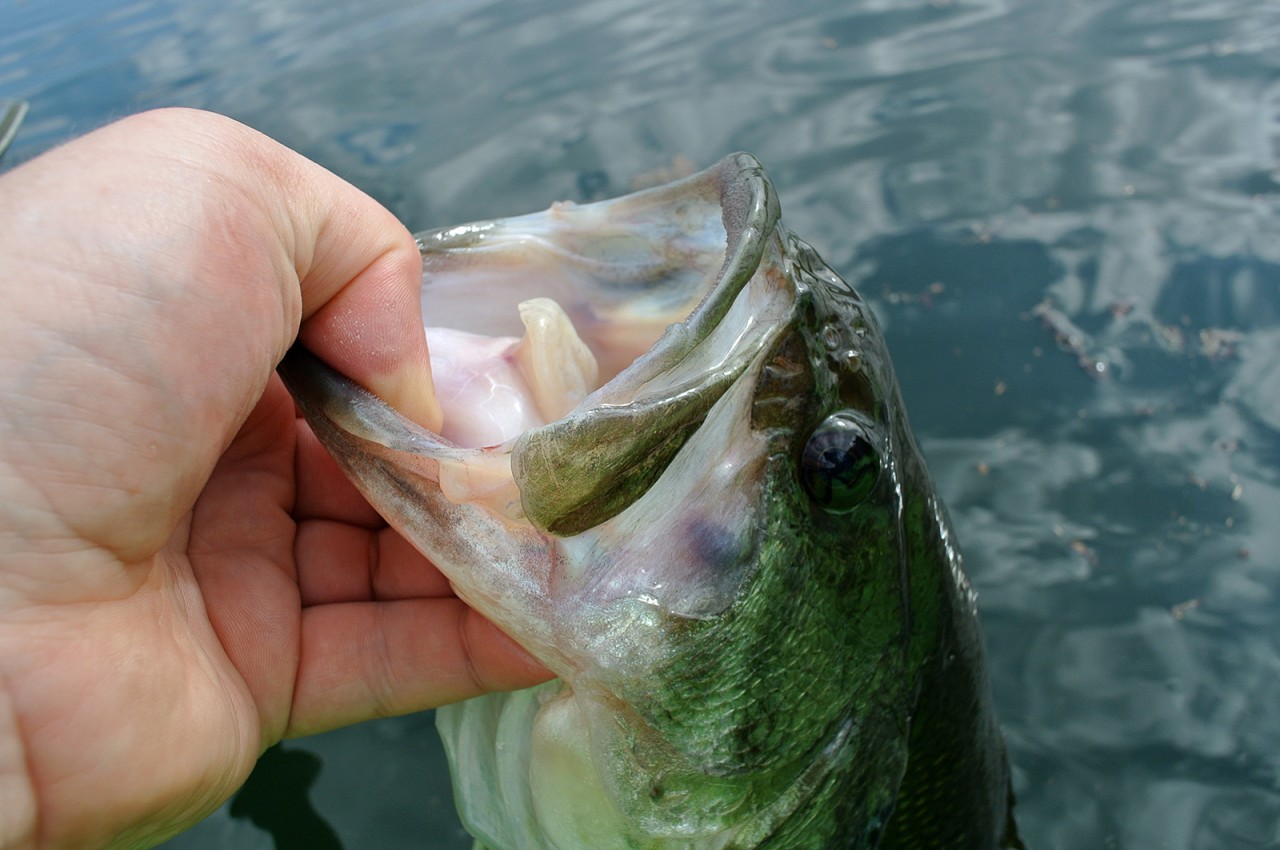 I then switched sides of the reservoir and moved from shallow banks over to rocks and deeper water – covered with loads of driftwood offering perfect cover. Again it took a while to get to know the area, but once I got a fist idea of potential hiding spots, a first strong bite got the adrenaline flowing again. Just minutes later, I found myself fighting a good fish in a miniature bay that was over and over filled with floating pieces of driftwood.

The fact, that I just switched to Budd&Joeys’ NuwMouse made me fear the worst. After already tangling with the fish between two bigger wooden stumps, I finally got my chance to pull the good fighting beast out of it’s cover. My hands where still shaky, when I pulled the camera out of it’s box, but documenting a catch like this is always a pleasure! 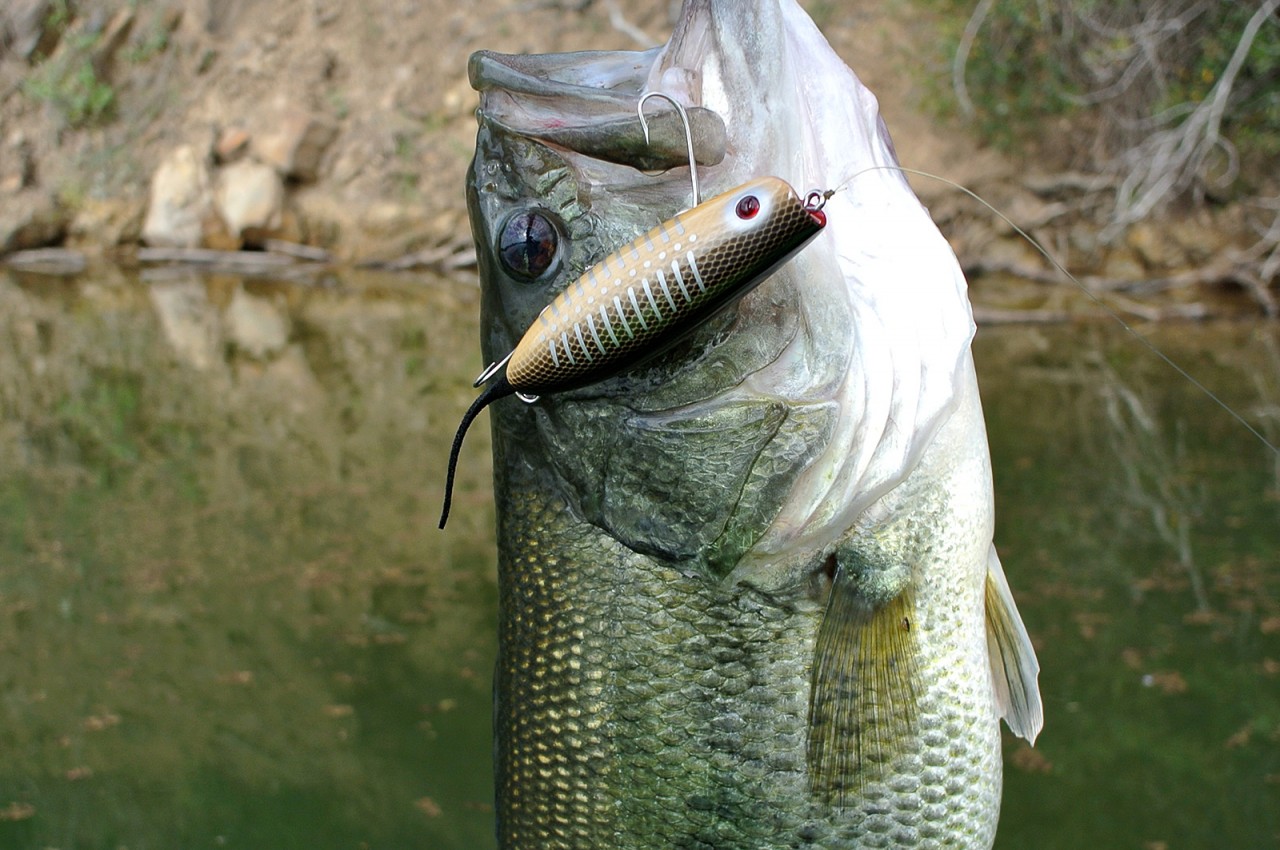 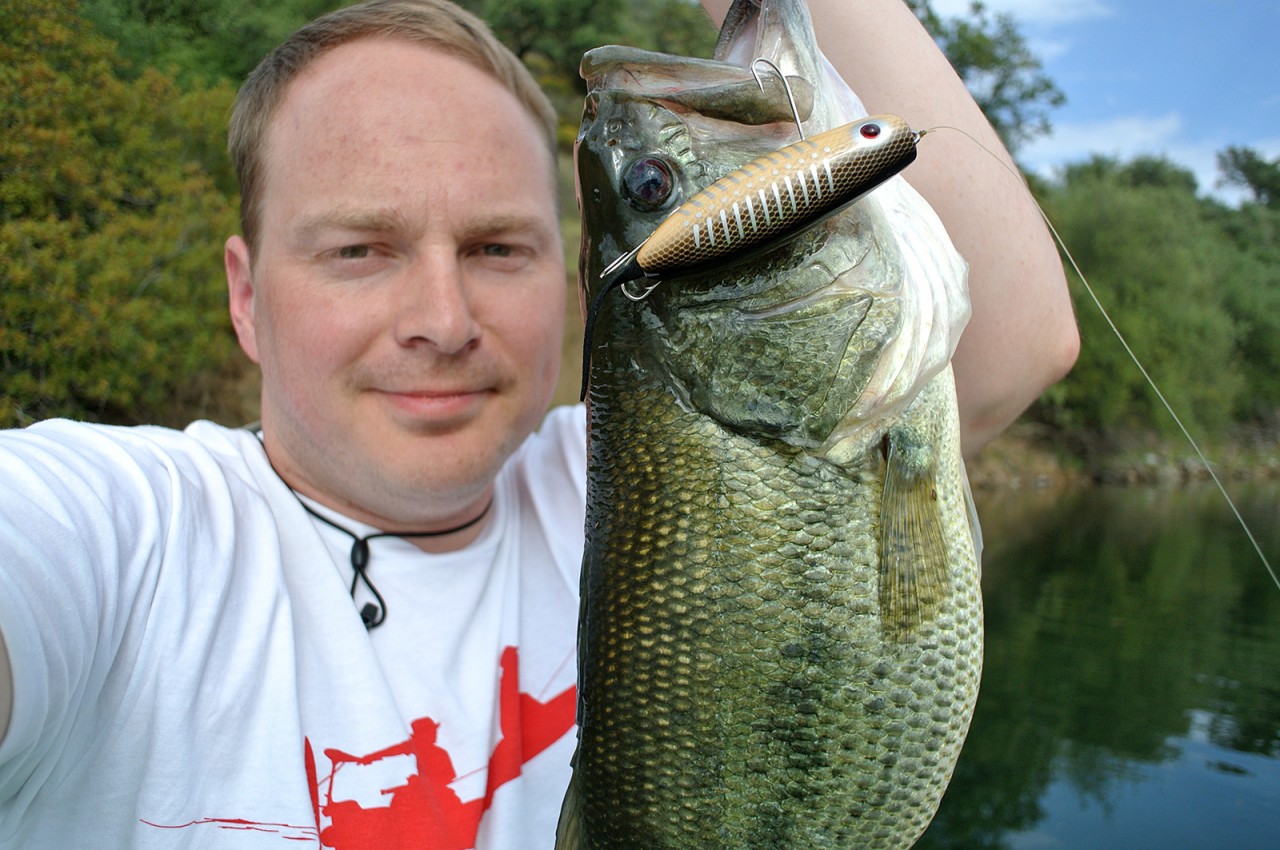 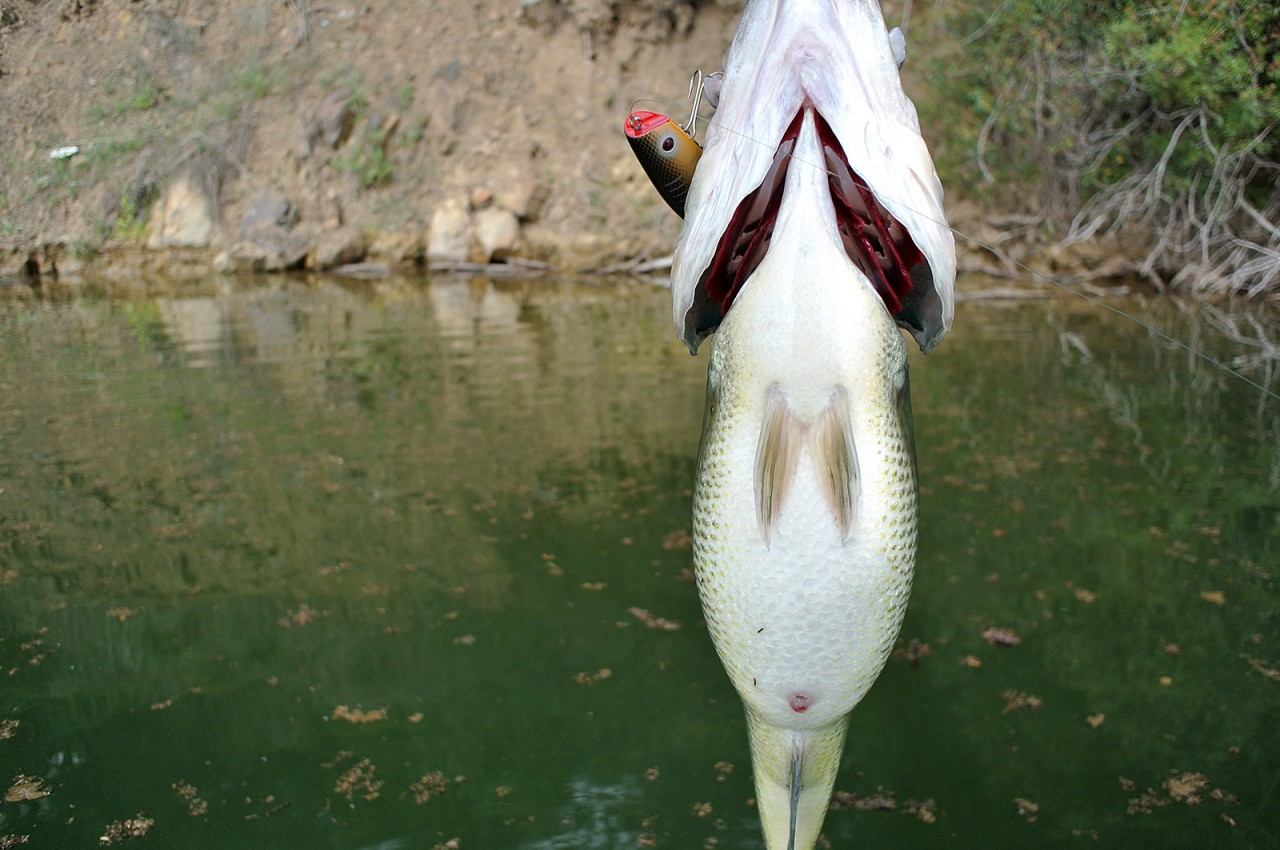 Relieved I went back to the car and was more than happy with my decision to come back to Córdoba for the remaining three days of the trip. More tomorrow! 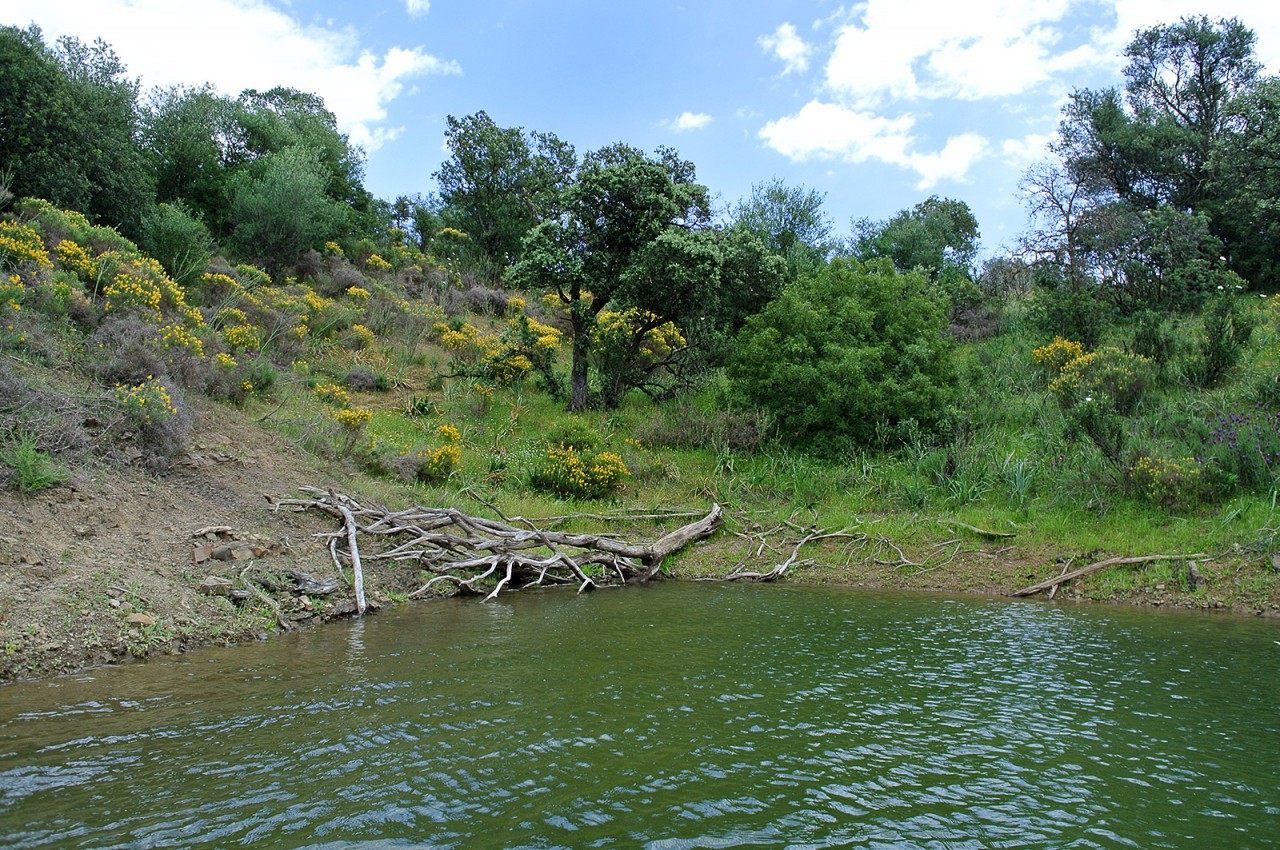 One thought on “Navallana * Part Two”