I’m back in Germany since of Friday last week and it’s already seven days, since I started a second trip to this quiet reservoir up in the hills of Sierra Morena. The first excursion was marked by constantly changing winds (which made for tough conditions), but was overall very exciting and brought two decent fish and some highly memorable moments. 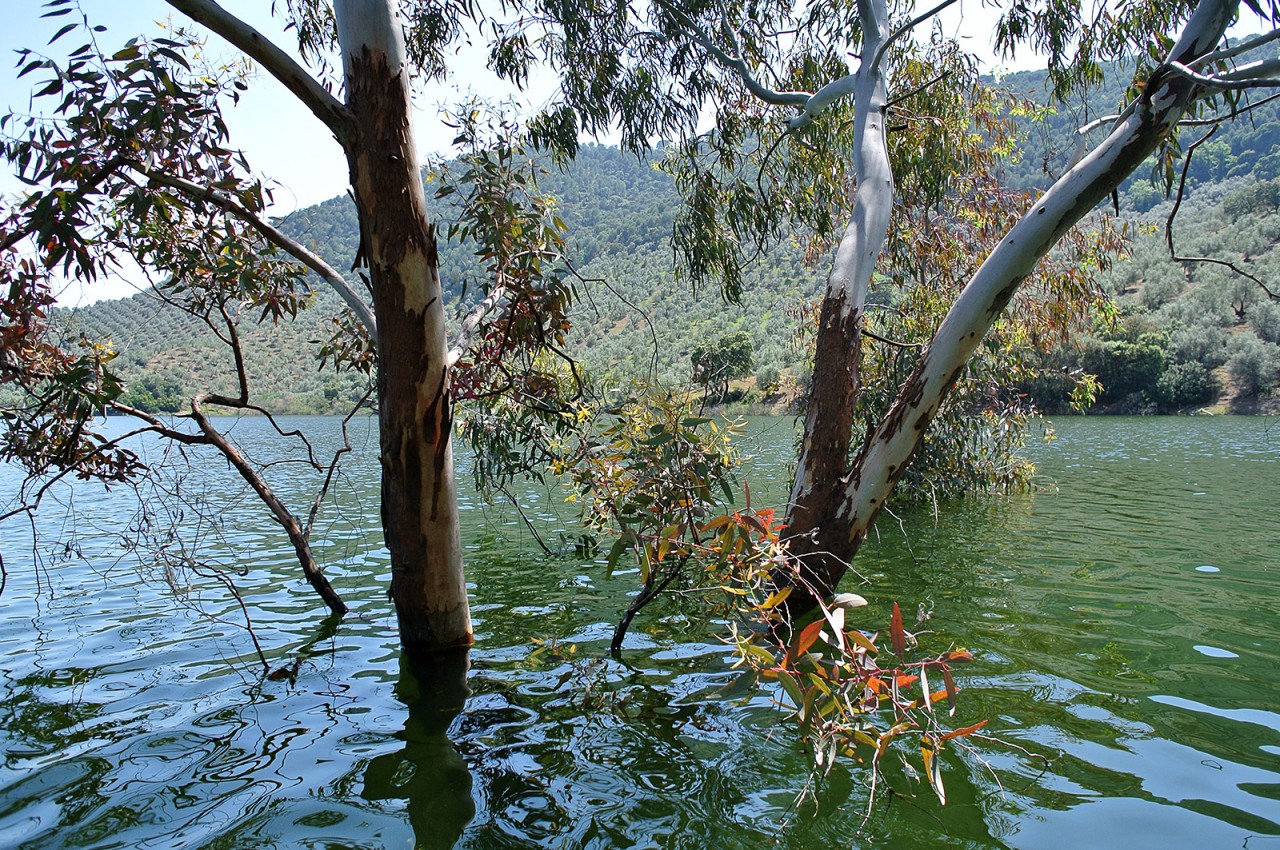 I’ve already been to a lot of different parts and areas of Guadalmellato in recent years, so I decided to explore some unfamiliar grounds during this second trip. It took some time to get there, but the conditions around midday where perfect for kayaking longer distances. 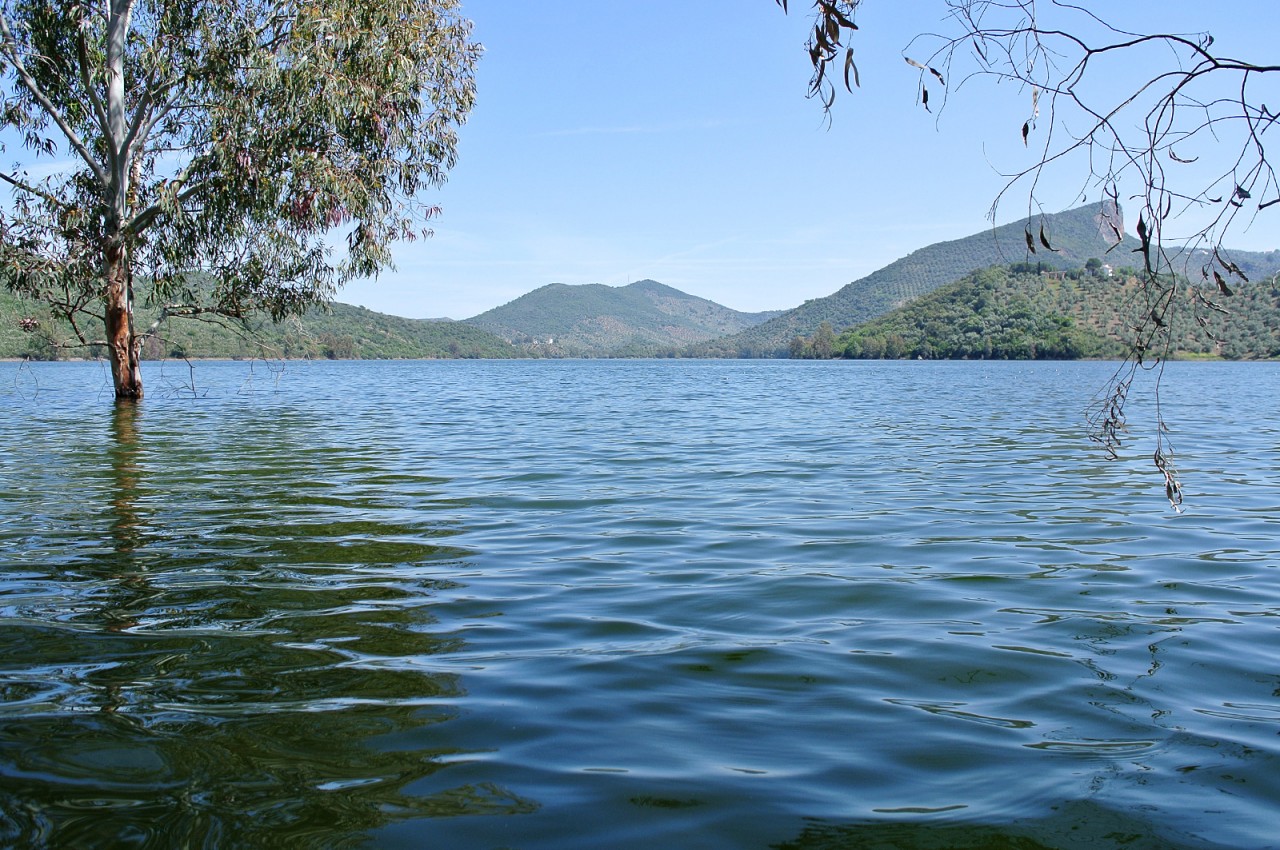 Great blend of blues and greens…

I started fishing some promising looking banks, featuring rocks and flooded bushes and trees. I didn’t take long to record some first soft bites. There where a lot of small and mid-size bass in this area and their cautious bites and play with Handsome Lure’s “Snork” made for some entertaining first hours.

While I went deeper into one of a bigger bay with a lot of cover, activity became less and less, but I finally saw a few bigger bass following my lures or cruising through more shallow areas. It took another while to get a first hard strike. The fight was short but fierce and after a last jump close to the kayak, the following good fish was successfully landed. 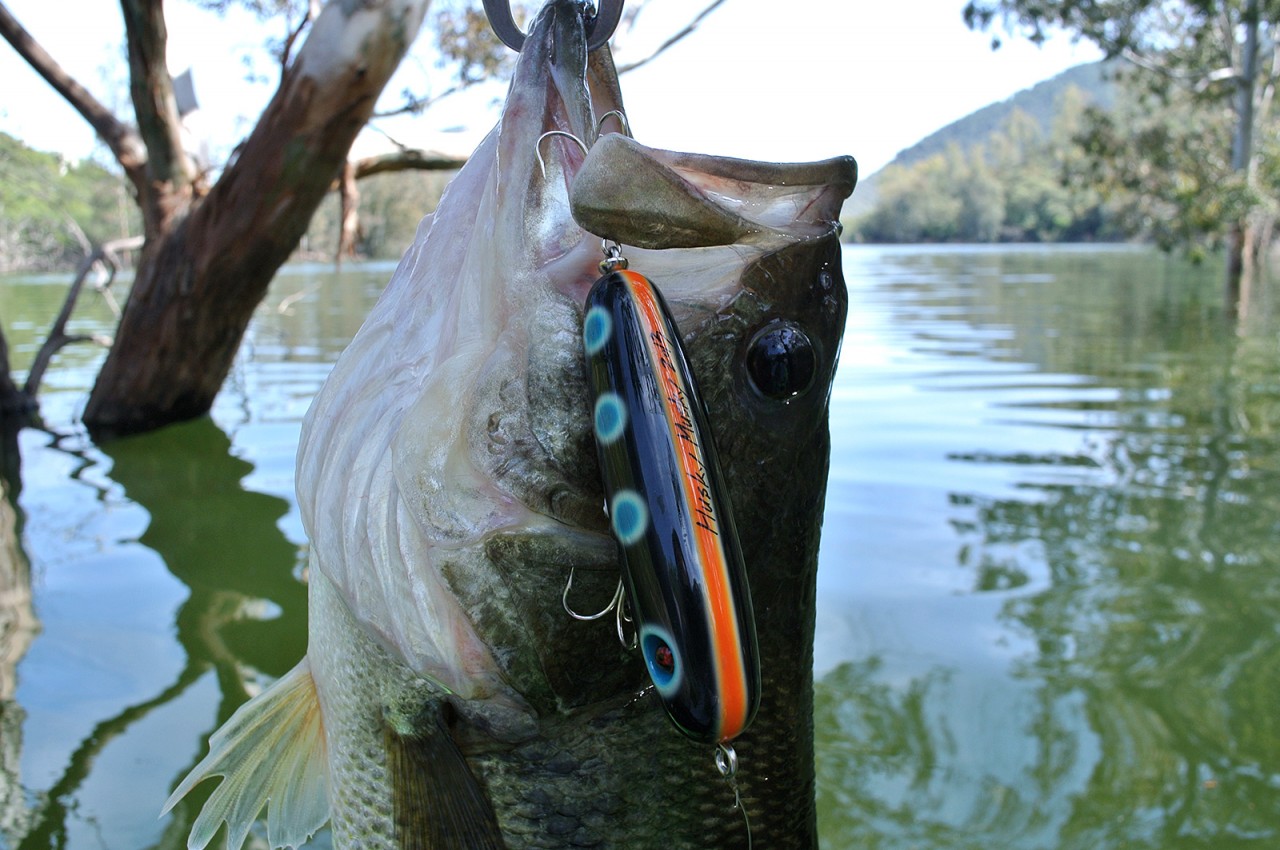 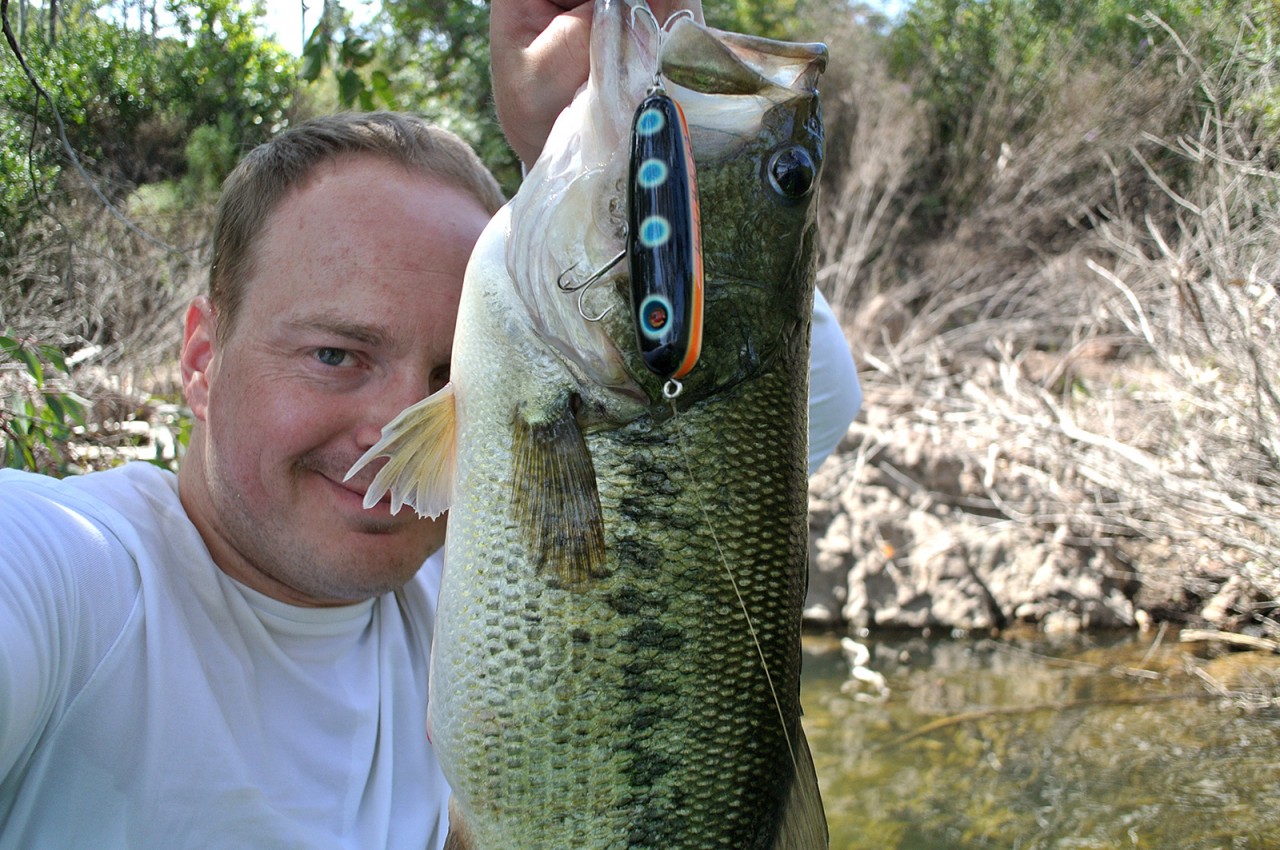 Another nice catch on Handsome’s “Snork”

The spot in the shadow of a huge tree was just perfect for taking some highly memorable photos. 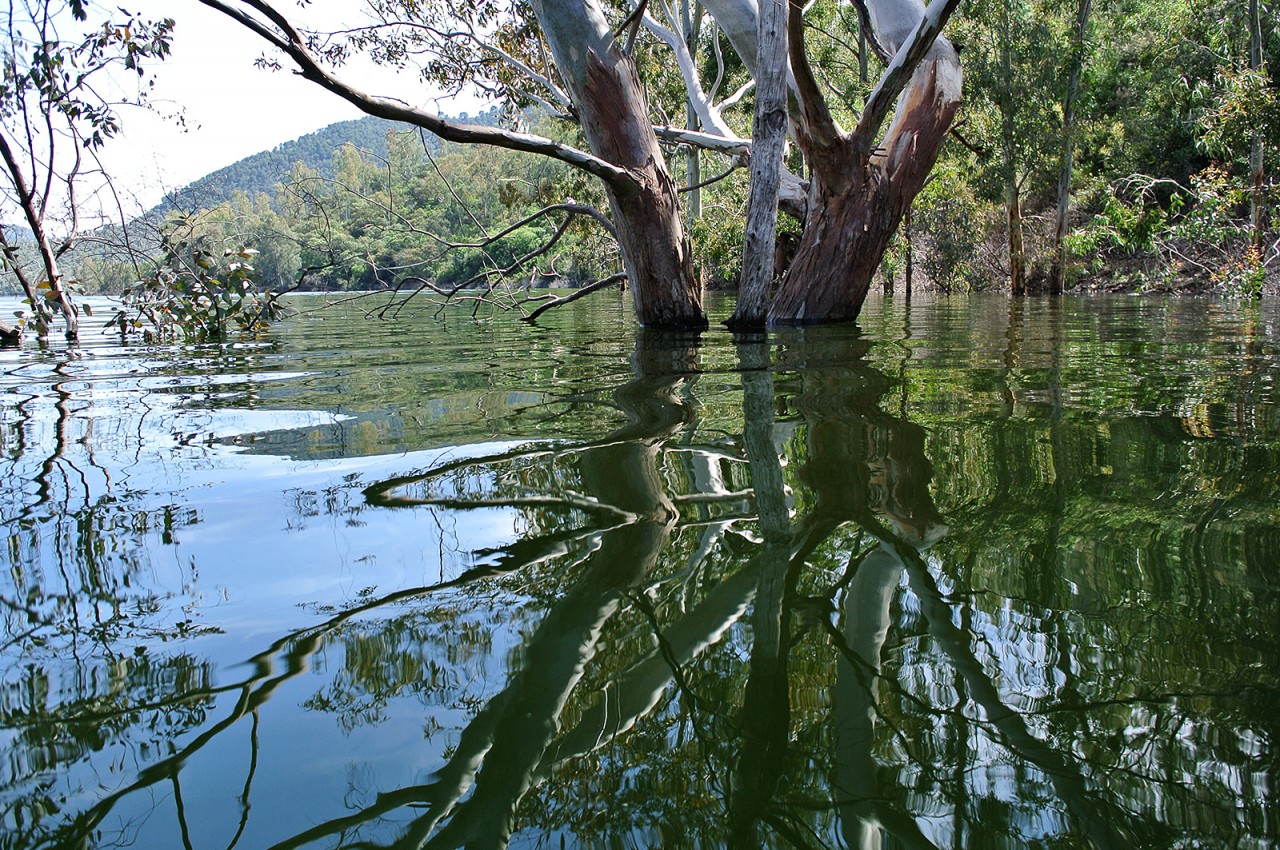 Within the remaining hours during late afternoon and evening, I had a few more bites on some of my prototype lures, but I got the mere feeling that the big fish where less active much more cautious than in recent days.

The second and last fish was courtesy of one of the newly built Ayous wood variants of the pencil design I’m working on since a while. I was testing my own designs for quite some time during the day and was again positively surprised buy joy of use and the frequency of bites they triggered. 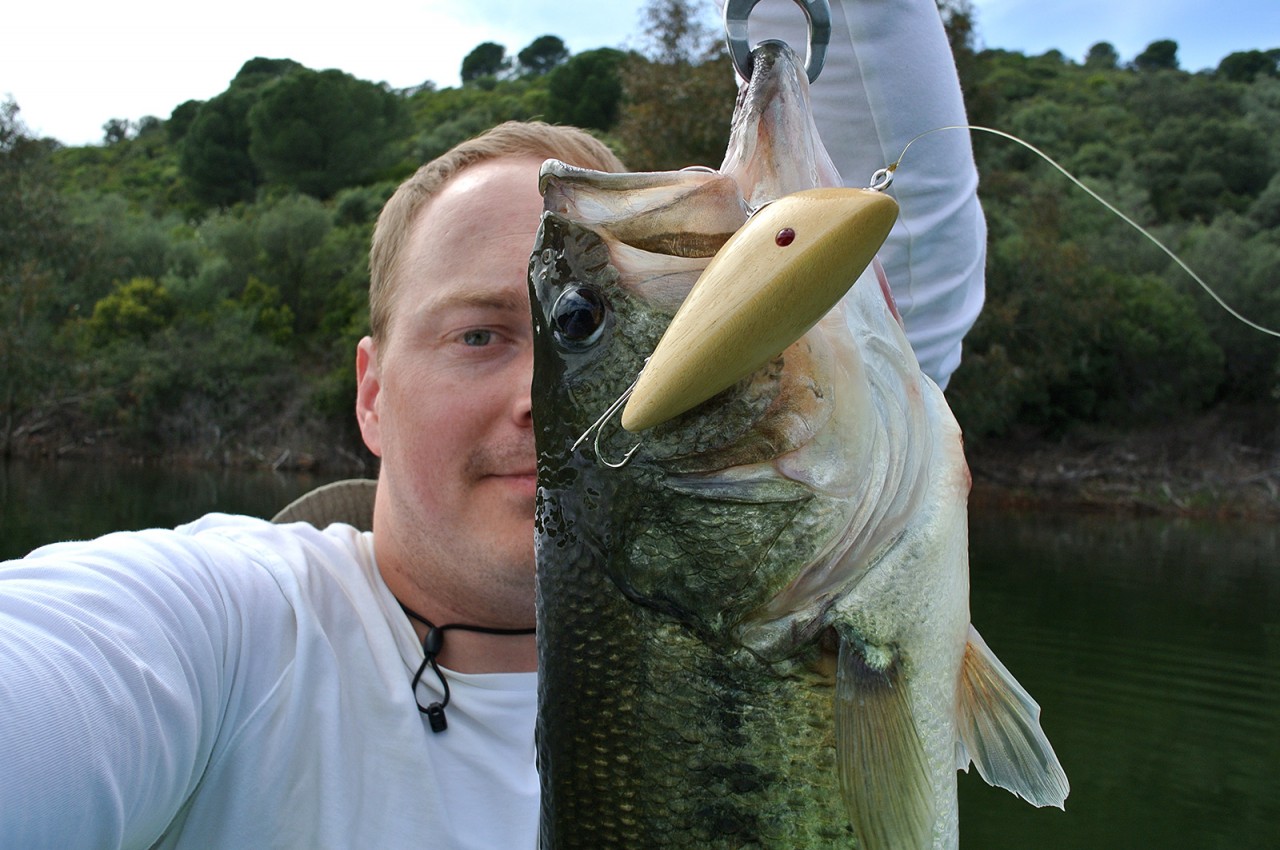 I still think that the higher density of bass wood results in better movement and swimming characteristics, but the efficiency of these lures in general got proofed again.

During the evening I had a few more bites, but mostly by smaller fish, who where more interested in pushing and playing with my lures than being up for a real fight. Overall this was another good day at Guadalmellato and the decision about where to go on the final day of this years trip was wide open again… 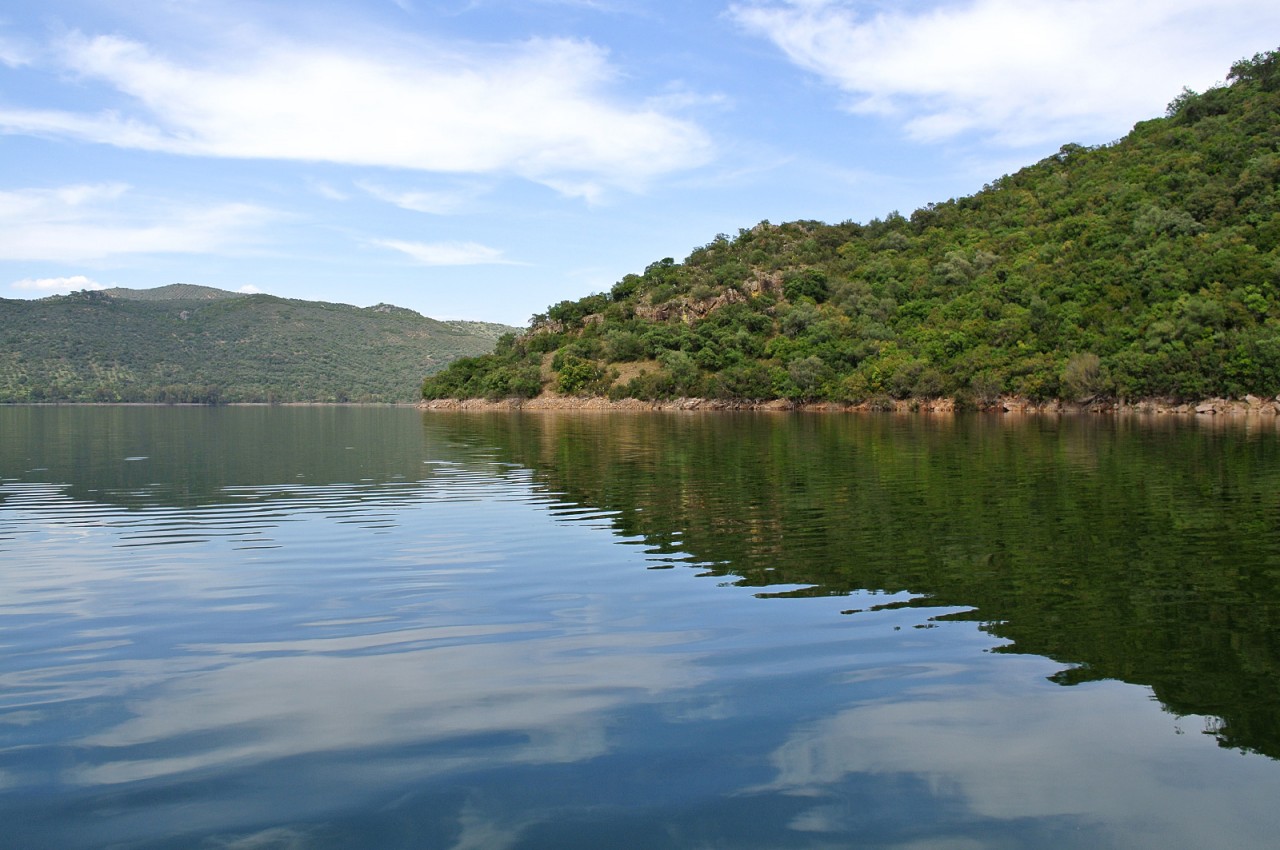