After three days fishing in a row, I’m today taking a day off to recharge batteries for the upcoming four-day-trip to Sierra Andujar where I will explore two of the most remote reservoirs in the area. In this entry I’ll will recap the afternoon trip to Navallaña from two days ago. I started around midday, kayaking some distance to fish one of the hotspots of the reservoir. On the first day of last year’s trip, I caught a real beast in this area, so I was hoping to repeat my luck. 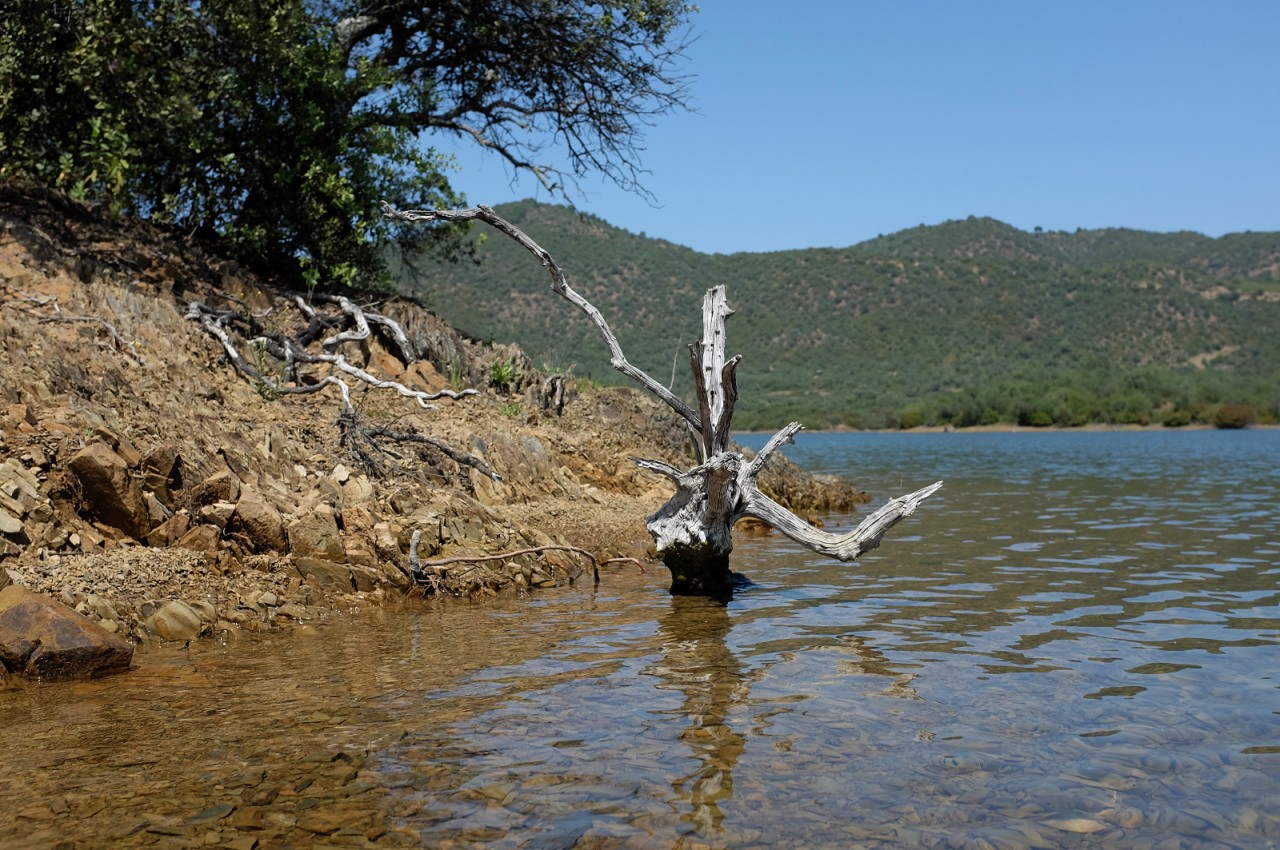 Conditions where good, despite the fact that temperatures in wind-sheltered bays quickly reached up to 30°C. The first fish of the day was courtesy of Budd & Joey’s Nuw Mouse again and was close to fifty! already. After this promising start, I was sure I could break the deadlock that day, but Navallaña had other plans for me. 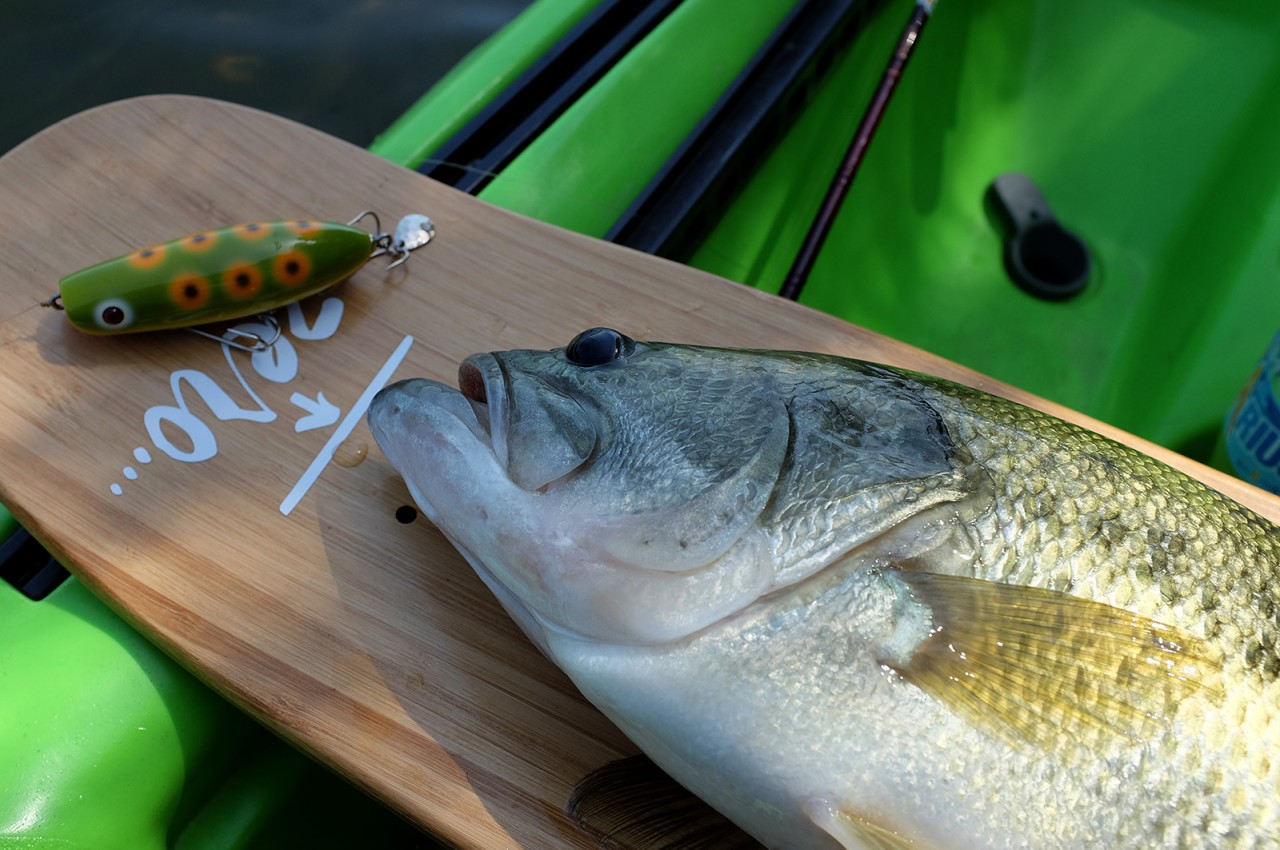 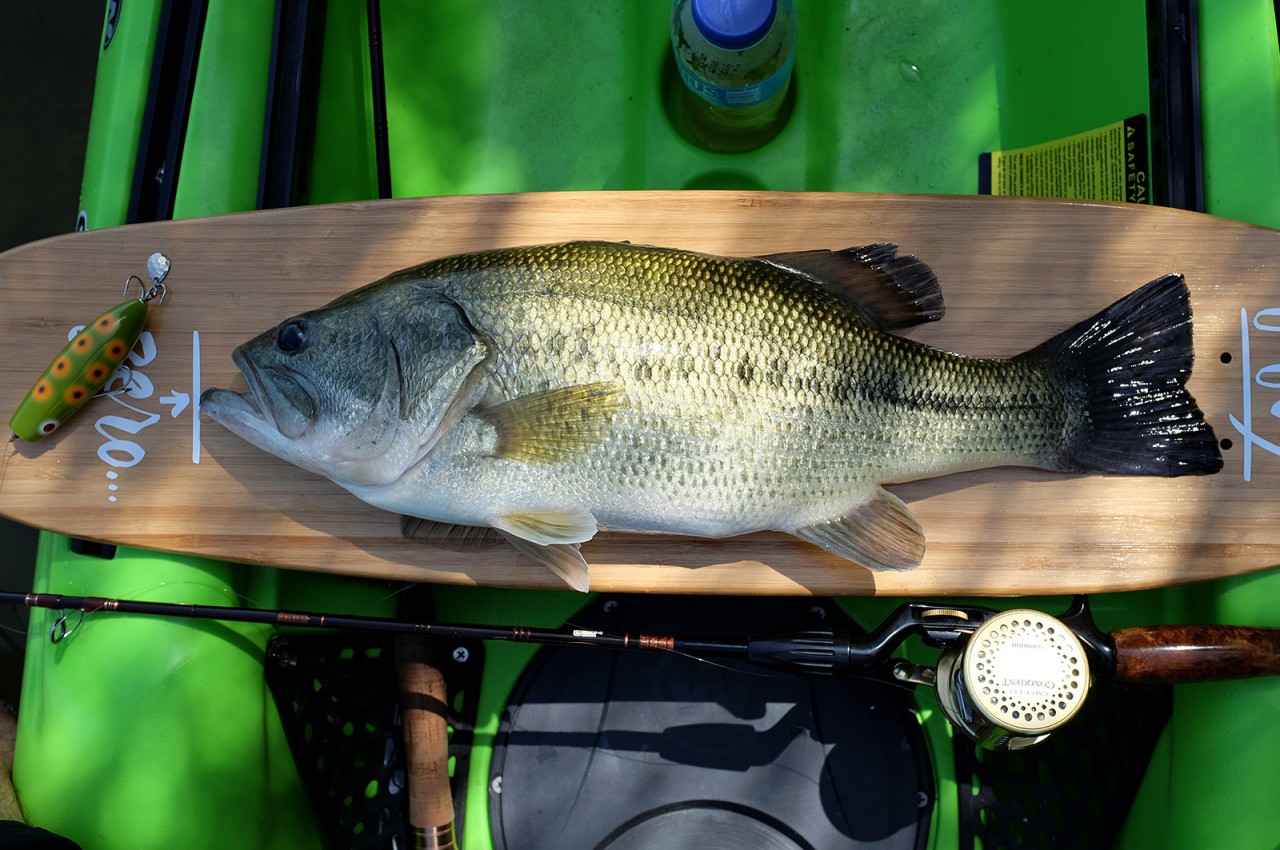 During the afternoon I caught two more fish on Genuine Record’s “El Gallo”, but both of them didn’t came close to the first one in size and weight. I didn’t make pictures of these fish to spare them the usual photoshoot procedure for a quick and gentle release. Every now and then I took shelter from the sun in the shadow of overhanging olive trees and I found some lush green you wouldn’t expect at this place. 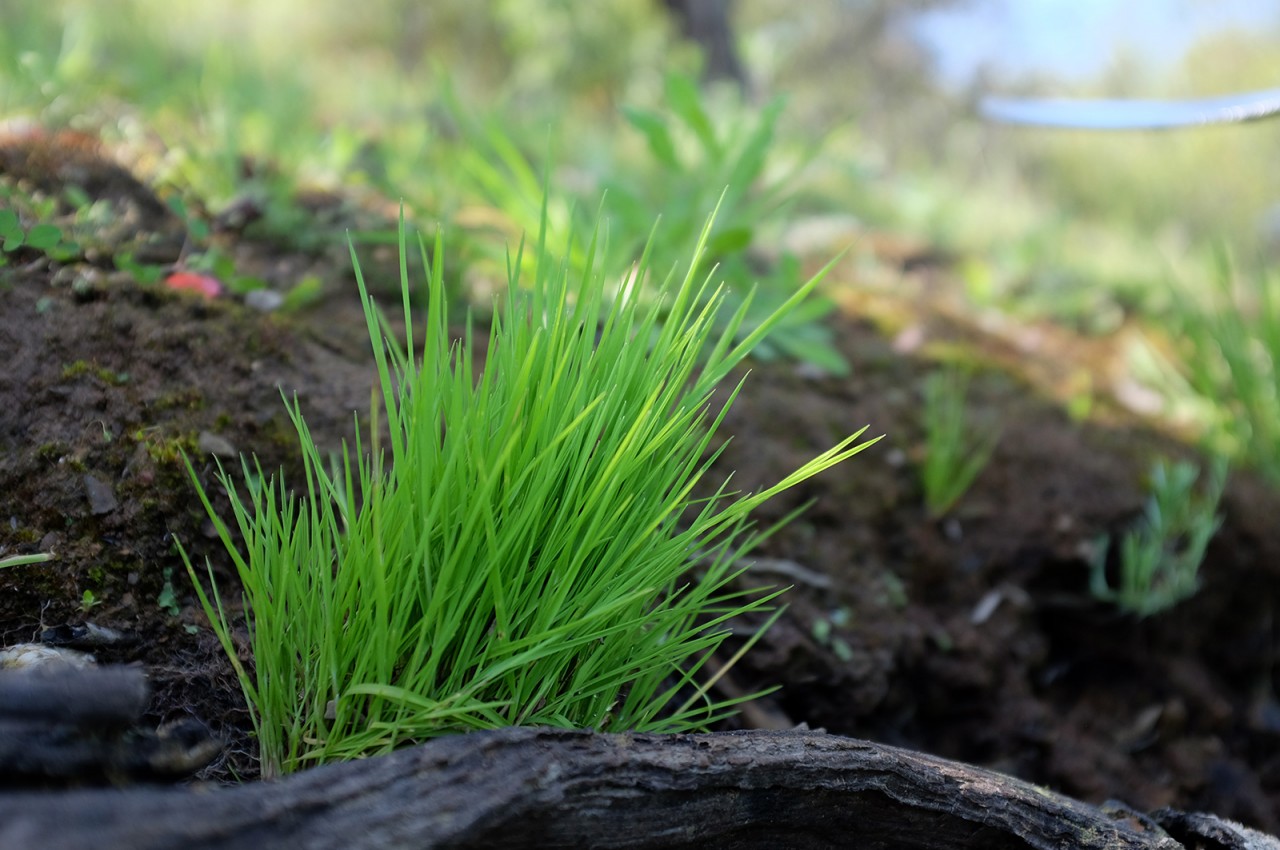 In the evening the wind died completely, and while I had a few bites here and there during the first few hours, things became really quiet now. In one of the many small bays in this area I recognized a few bigger fish cruising through the clear shallow waters – so at least I knew I was in the right spot. 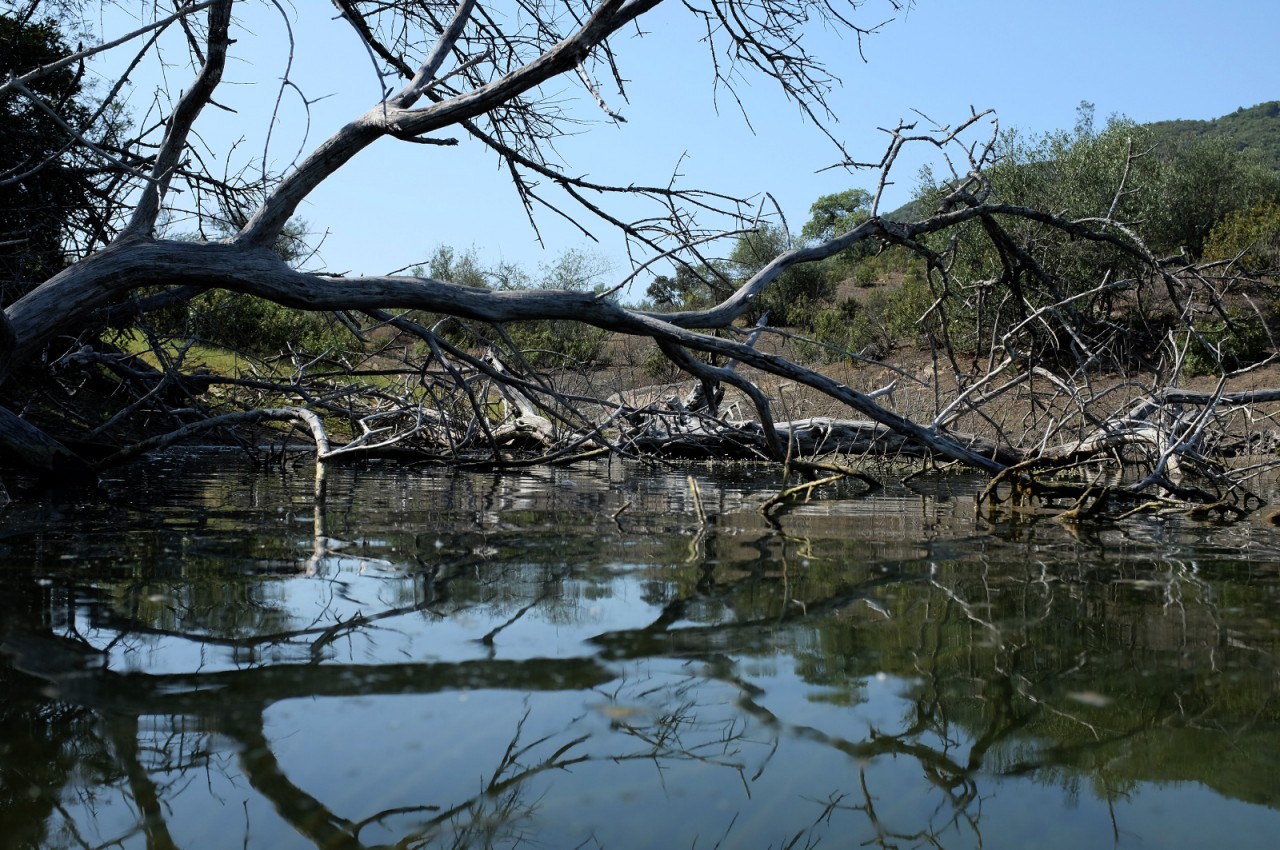 Small bays are full of driftwood and perfect hiding spots

Close to a huge pile of driftwood, I finally had a powerful strike. After a first attempted escape, the fish came to the surface and with a deft jump it got rid of the lure (El Gallo again) and was gone. This smart fish literally left me staring at the scene, cursing myself for not doing better. This was surely one of the biggest bass I hooked in recent years and the very idea of having this beast on my wooden scale made me shudder. It took a few “cervezas” that night to get fully over it…