I’m back in Berlin since of Monday night and already started working again. It’s quite tough to get back to daily business after such a perfect getaway, but so it goes… During the last few days of my stay I was almost completely offline, which felt a bit odd in the beginning, but on the other hand allowed for some quiet and highly relaxing days at the end of the trip.

There are still some more photos and experiences that I would like to share on the blog, so I prepared three more diary entries, that I will post during the next few days. Today I’m adding photos of a highly memorable trip to Embalse del Encinarejo, which is simply one of my favorite places to go to in Sierra Andujar. You have seen photos and views of the fantastic scenery here before, but I was able to discover a few new places and areas that where simply fantastic – both for kayaking and for Topwater Angling. 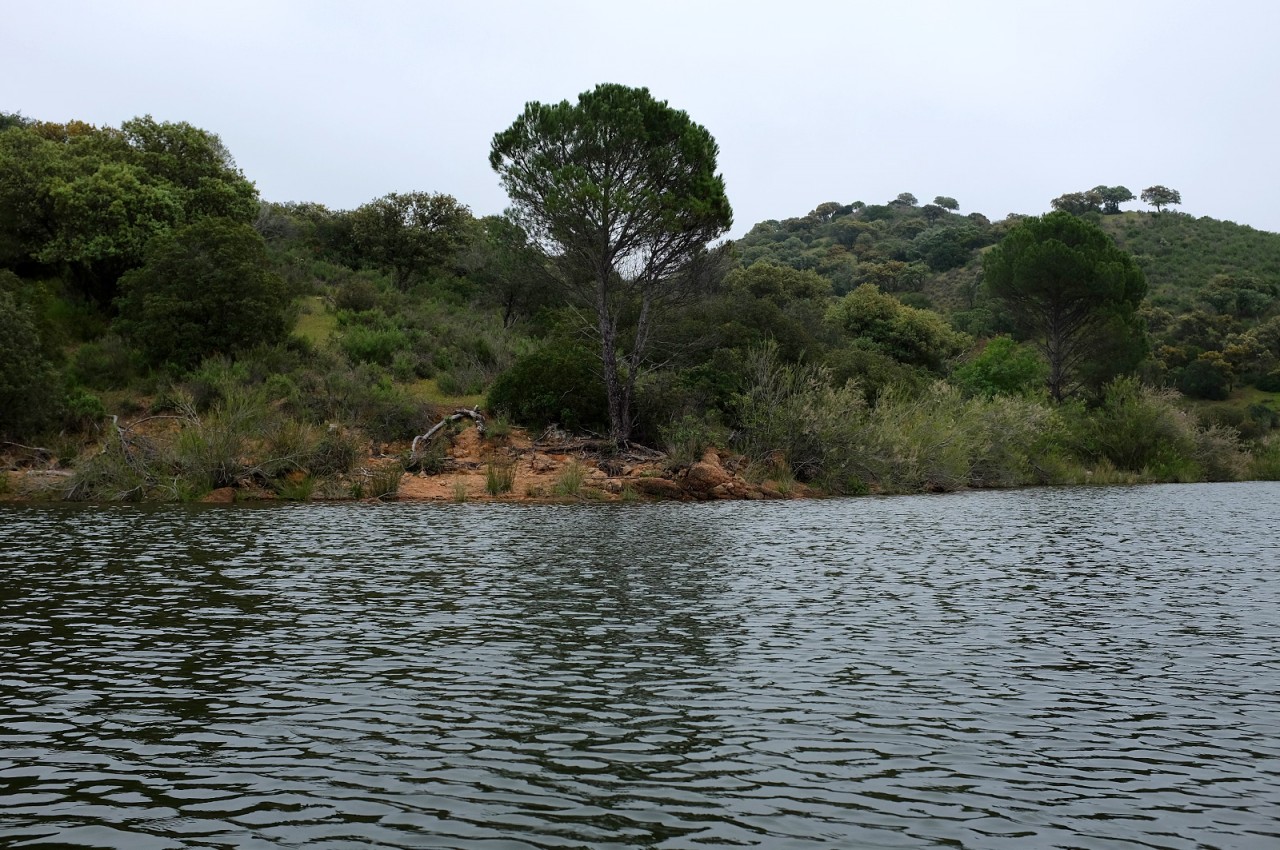 We started the day early with good friends Enrique and Laura joining in until early afternoon. The cold mountain air made for a shivering start to the day, but when the sun came out around midday, temperatures got much more comfortable. It was Laura’s first time Topwater Angling from a kayak and she did remarkably well. She even had two bites and got one fish that day, which probably got her hooked forever!

During the first two hours of the trip, Enrique and I caught one Andalusian Barbel each, which are quite fun to fight using a topwater rod, as they are much stronger fighting than black bass usually do. My OneNac suffered a bit during the fight, but a spare hook was quickly found. 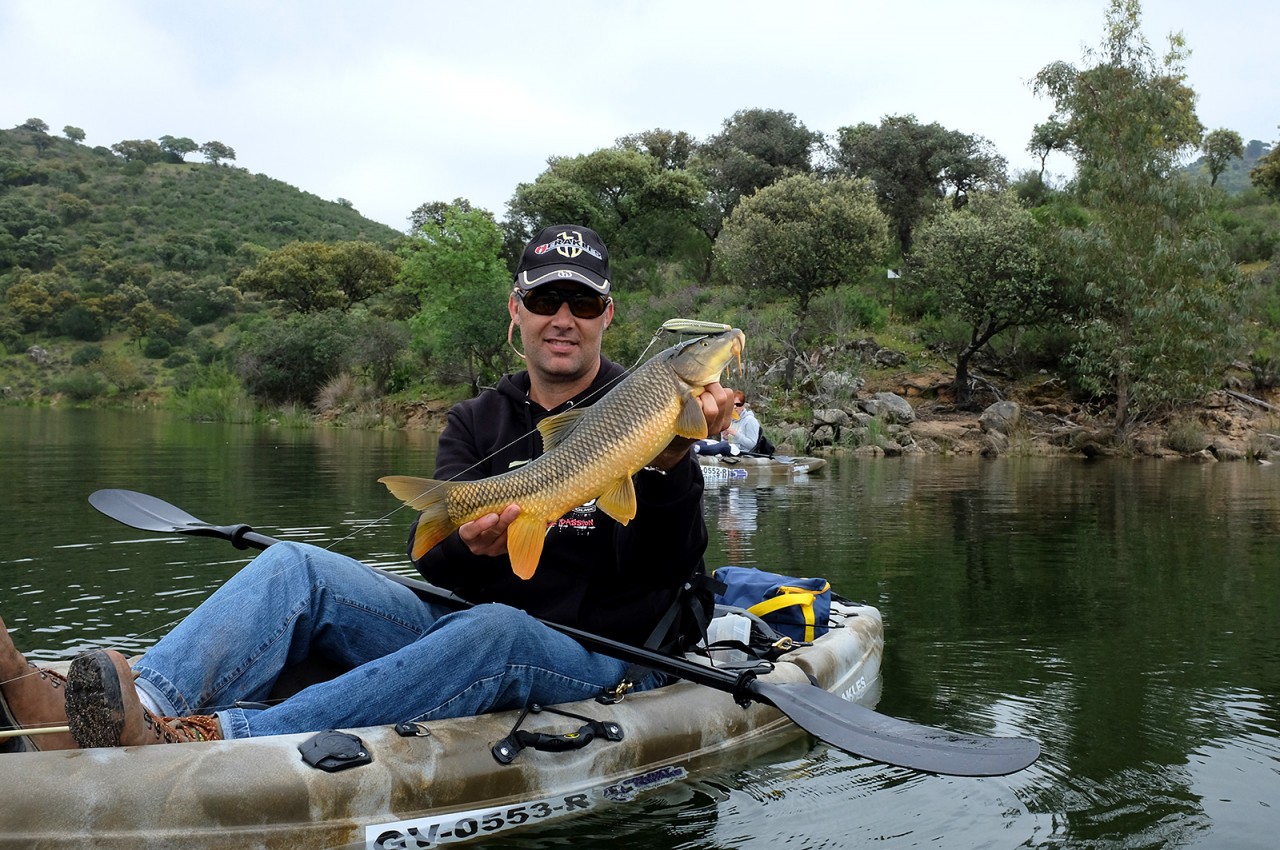 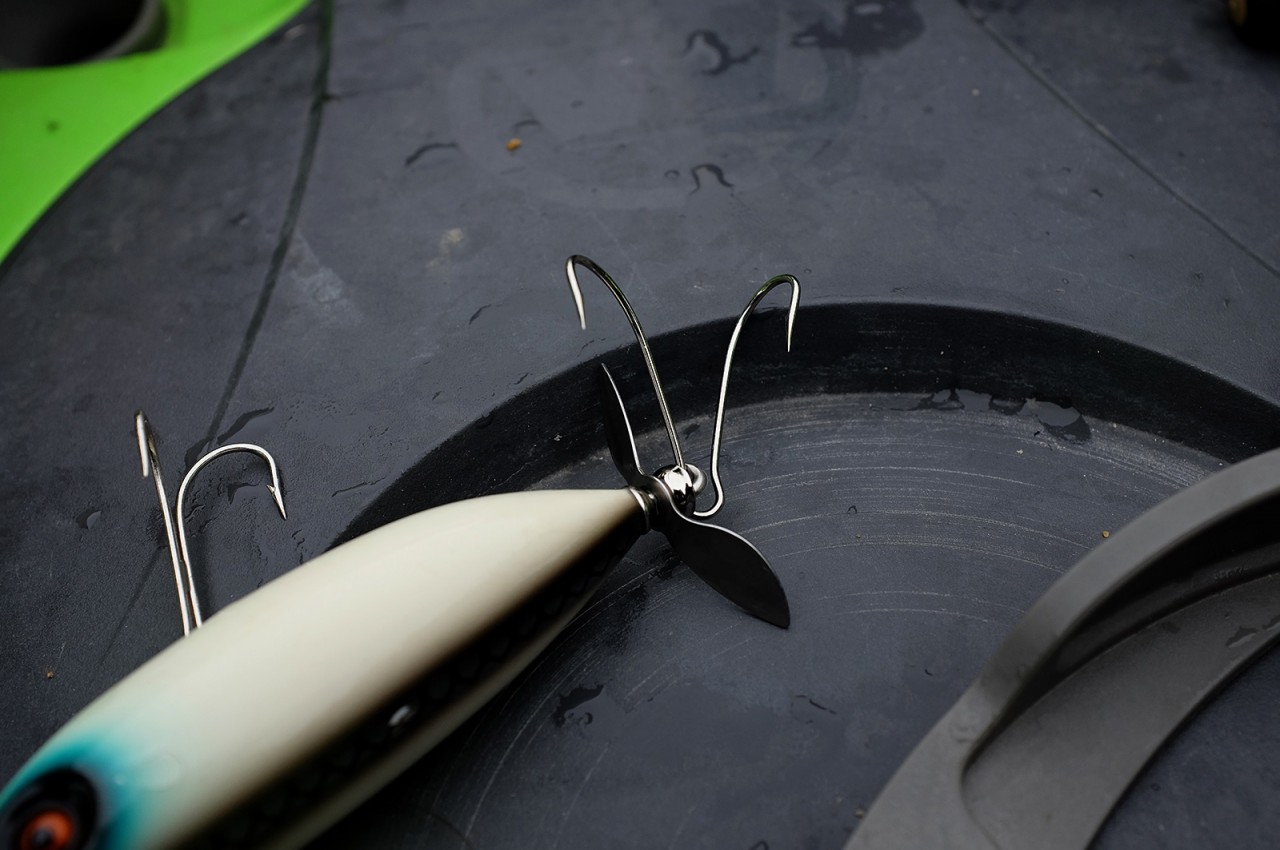 Around early afternoon we split ways (some people have to do real work at times) and I decided to explore smaller bays upstream. After passing some familiar places, I finally reached some new areas and when the evening approached the bite was finally on! I had a dozen bites and three good fish within the next hours, which were a perfect climax for a day that started quite slow.
See for yourself! 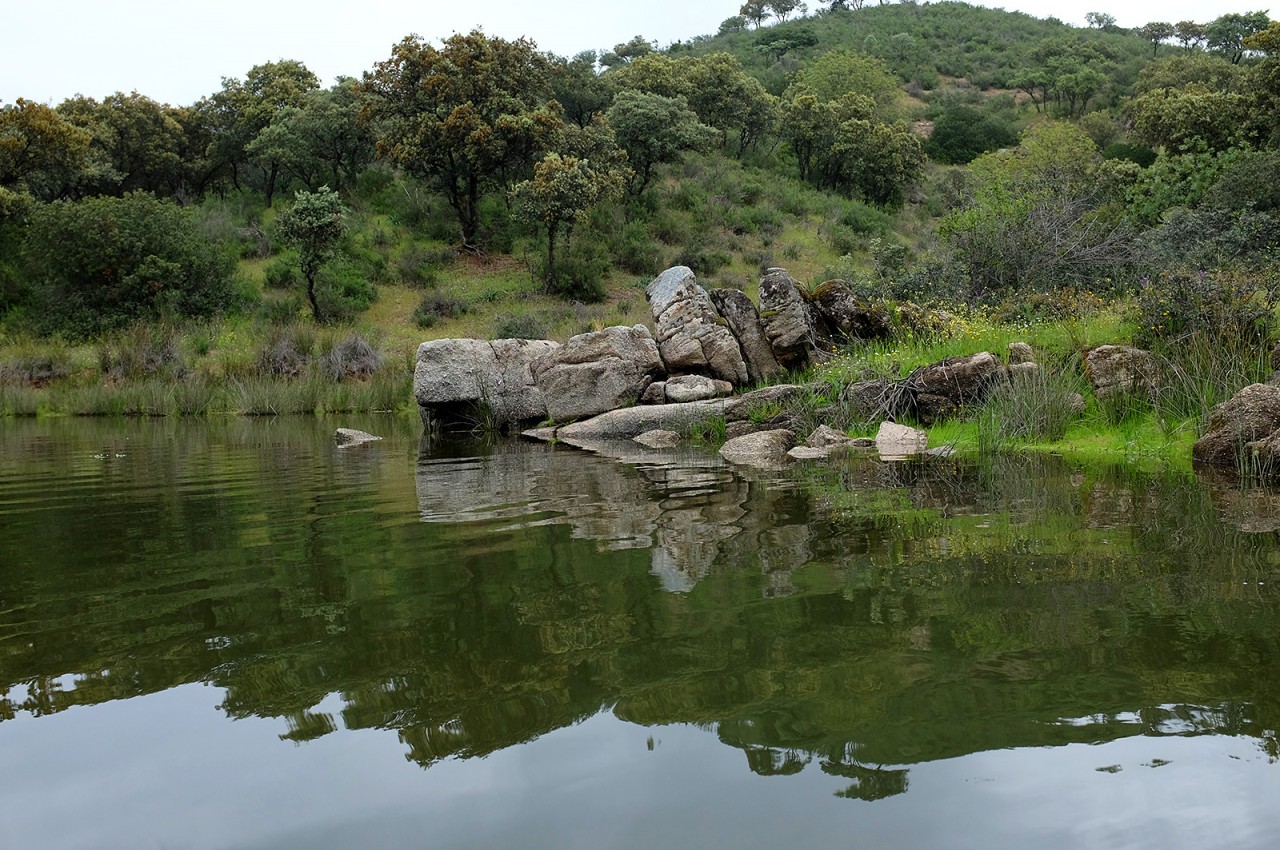 Rock-piles like this one where hot spots on that day 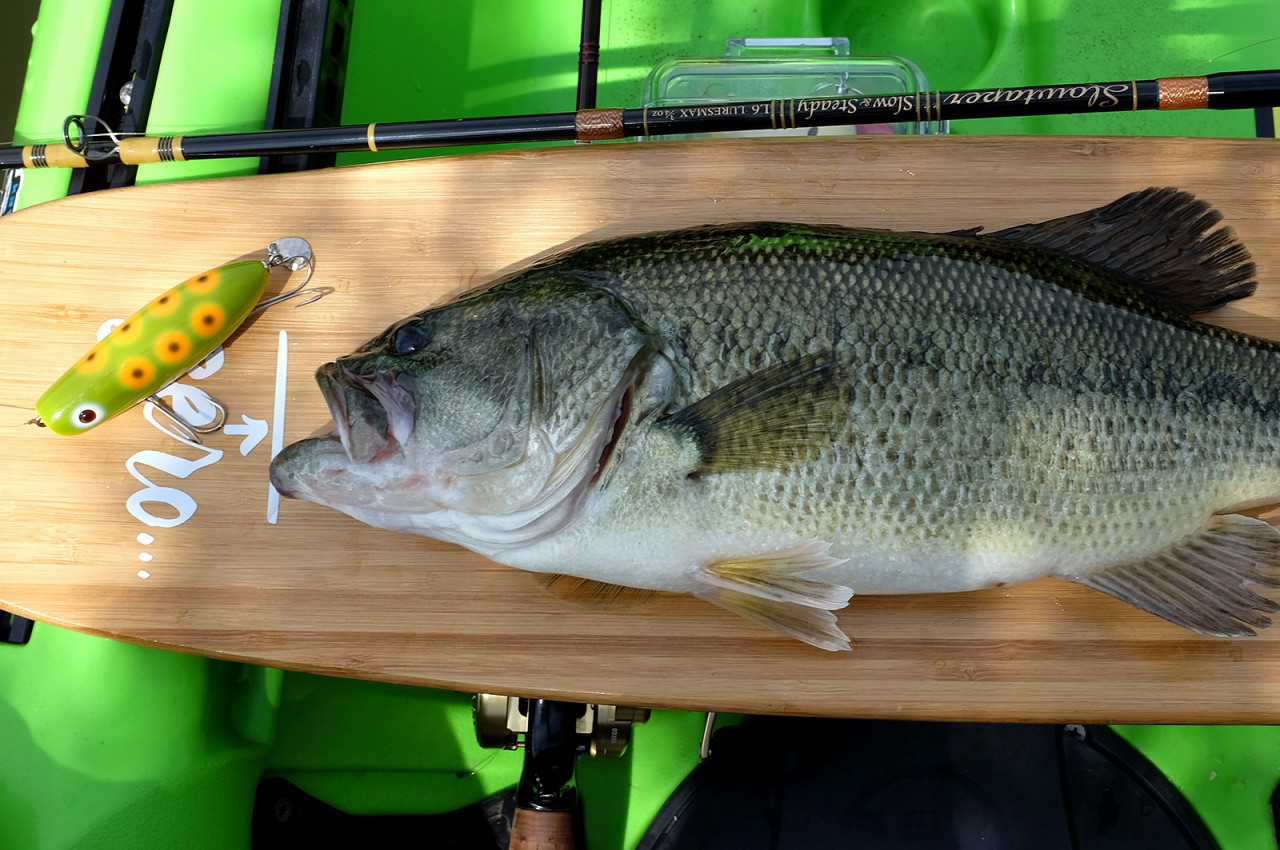 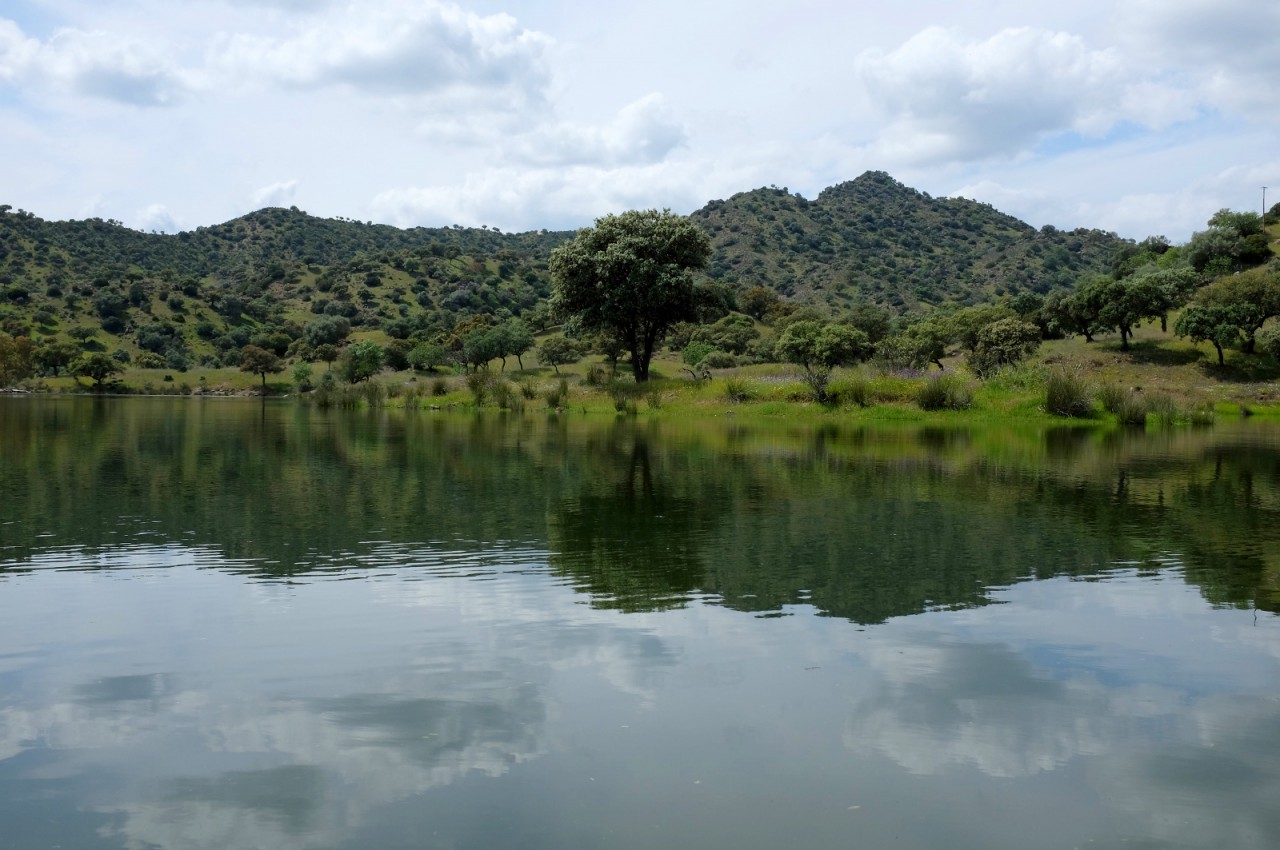 Another typical view of Encinarejo

One of the highlights during the evening was catching the following fish using Handsome’s LipStick!. I was fishing a quite shallow bay when this nicely colored Bass rounded the kayak a few times before deciding to attack the lure just a few meters in front of me. Good fight and adrenaline rush! 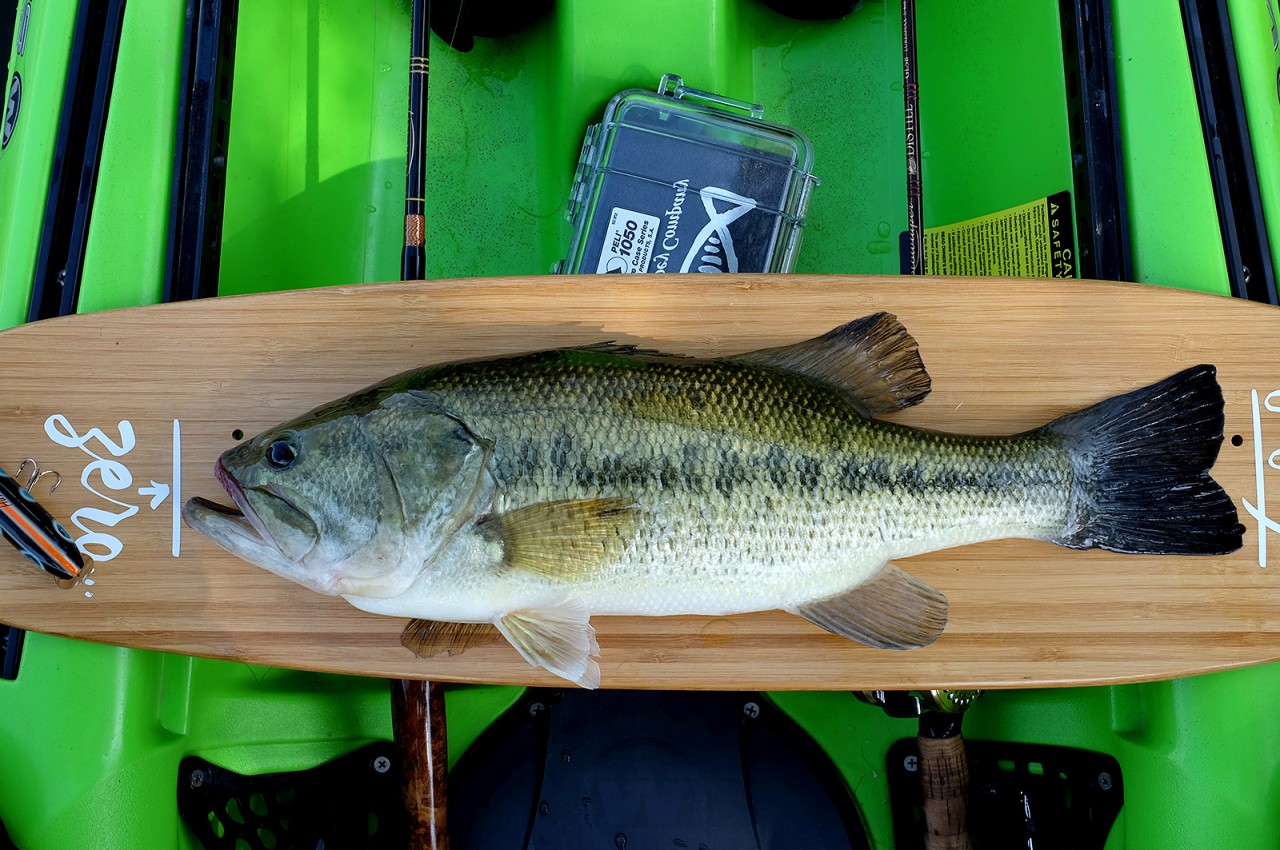 This good fish was courtesy of Handsome’s LipStick